Home TV Scene It Before: The How to Get Away with Murder House 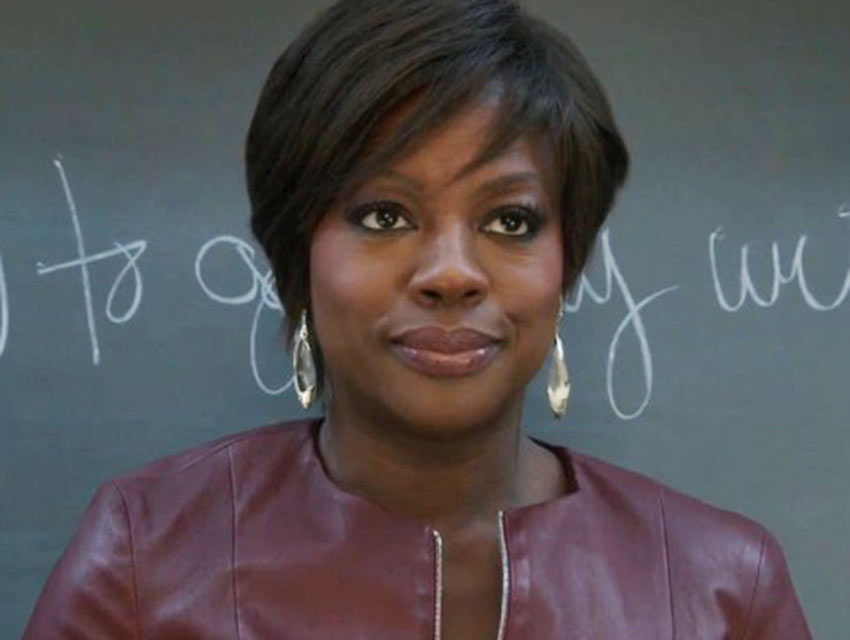 Last month, my husband and I started watching How to Get Away with Murder via On Demand. One show in and we were hooked. I love that each episode centers on both a single court case that gets wrapped up within the hour and also a season-long murder mystery. The double-storyline set-up has me absolutely riveted—as does the blue Victorian dwelling that serves as the home and office of tough-as-nails law professor and criminal defense attorney Annalise Keating (Viola Davis) on the freshman series.

Set in Philadelphia, How to Get Away with Murder is shot in its entirety right here in Los Angeles. Annalise’s home can be found at 1130 W. 27th St. in the North University Park Historic District, around the corner from the residence where Phil Duphy (Ty Burrell) hosted an open house on Halloween night in a Season 4 episode of Modern Family. I found Annalise’s abode thanks to fellow location aficionado Gary Wayne, of Seeing Stars, who jumped on the How to Get Away with Murder bandwagon before my husband and I did.

The Victorian is used regularly on the series in both establishing shots and for on-location filming. In fact, when I visited the house a couple of weeks ago, crew members were setting up for a shoot that would be taking place on the premises the following day. Only the exterior of the 1895 dwelling is shown onscreen, though. Sadly, the inside of Annalise’s residence, in all of its stained glass and wood-paneled glory, exists only on a soundstage at Sunset Gower Studios in Hollywood. The real life interior of the stately three-story home on 27th Street, which was most likely too small to be functional for long-term filming, boasts five bedrooms, three baths, and 3,108 square feet of living space.

I sincerely hope that How to Get Away with Murder does not suffer the same fate as A to Z and Selfie, the other two shows I fell for this season, both of which were recently cancelled. If it does, my fingers are crossed that the networks’ mid-season replacements, which hit screens in early 2015, are half as enjoyable. In the meantime, I’ll be eagerly awaiting January 29, the date the next new How to Get Away with Murder episode is set to air. Thank goodness I have the holidays to distract me during the interim!