Home Film Scene it Before: The Fortuneteller’s House from Phantasm 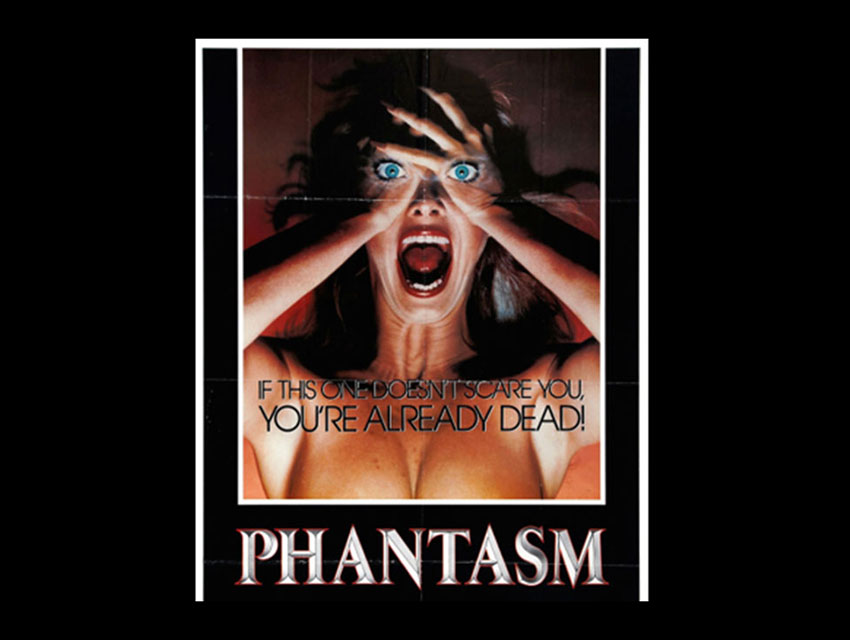 There is no shortage of spooky attractions to visit in L.A. during October. While Old Town Haunt in Pasadena has always been a personal favorite, I actually prefer the “real deal,” so when I heard about a dilapidated old Woodland Hills property that had been featured in the 1979 cult horror classic Phantasm, I decided it was a place I was going to have to see in person.

The deserted residence, located at 22840 Calvert Street, did not disappoint. Set back from the road, the gable-windowed abode features a large expanse of dead lawn, boarded-up windows, and a chain-link fence. In short, it is an abandoned property lover’s dream.

Incredibly, the two-story dwelling was just as ramshackle and unkempt 35 years ago when Phantasm was shot! In the movie, which was written, directed, produced, and filmed by Don Coscarelli, the pad stars as the home of Fortuneteller (Mary Ellen Shaw), whom young Mike (A. Michael Baldwin) seeks advice from after witnessing a sinister mortician perform some nefarious acts. Fortuneteller, who communicates telepathically through her granddaughter, teaches Mike the age-old adage that there is nothing to fear but fear itself.

Though the house is covered in tangled foliage in Phantasm and today lacks any sort of growth, it is still largely recognizable from its onscreen appearance. The four-bedroom, two-bath, 1,751-square-foot home was put up for sale recently and was marketed as a tear down, valued solely for the large, 0.82-acre plot of land it sits on. It was purchased in August for a whopping $900,000; I’m guessing it will be torn down in the very near future.

I don’t know why the residence was left in such a sorry state for so many years and, though neighbors will most likely be thrilled to see the place demolished, I am saddened. I hope that it is allowed to remain standing at least through the end of the month, as I cannot think of any place I would rather visit on Halloween.