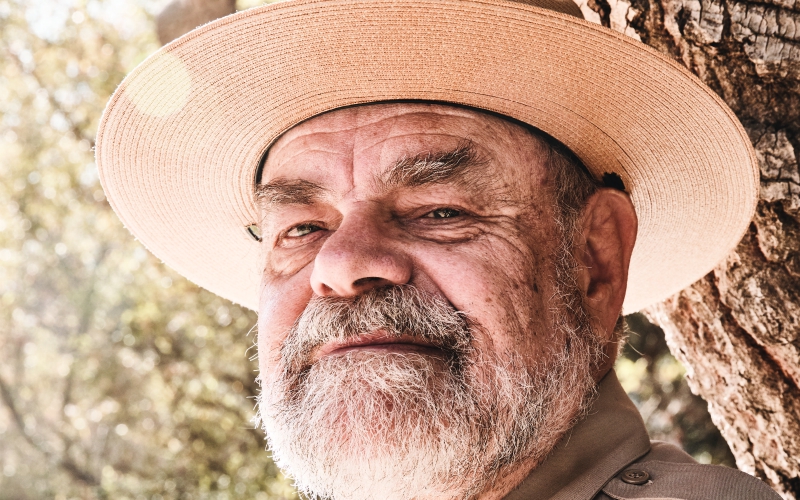 During Joe Edmiston’s run as executive director of the Santa Monica Mountains Conservancy, the agency has preserved more than 73,000 acres of land for public use, and not just in the range after which the organization was named when he helped establish it 38 years ago. The state-run agency has also helped protect pockets of green like Augustus Hawkins Park in South L.A. and about a dozen spaces along the Los Angeles River. A 69-year-old powerhouse, Edmiston has earned more than a few detractors over the years for his aggressive approach to cordoning off land from developers, but he has no plans to change his methods. “One of the founding reasons for the conservancy was to put more emphasis on conservation,” says Edmiston. “My priority for us is to make sure that there is real nature continuing in the mountains.” Here are more of his insights on the conservancy.

On giving wildlife safe passage: “In Agoura Hills we’re working with Caltrans to provide a wildlife overcrossing. It would be used by humans in the daytime and wildlife at night, and would probably be about a hundred feet wide. In Europe they’re used all the time; they even have them in Canada. But this would be one of the first in the United States. We want vibrant wildlife, and I define this is as wildlife that you have to be worried about. So it’s not just tame ground squirrels. It’s mountain lions, badgers, deer. We want real nature, and we have it. And that’s the wonderful thing about L.A.”

On reenvisioning the L.A. River: “We’re putting a lot of energy into making the L.A. River a ribbon of green as opposed to a ribbon of concrete. It links a number of communities—communities of color, heavily impacted communities—and many of these communities should be beneficially affected. There’s going to be a bond measure on the June ballot; we don’t know what the number is going to be yet, but the proposition would call for several hundred million dollars to improve the river.”

On creating a camp for foster kids: “We acquired James Cameron’s property—700-plus acres in Malibu. We’re trying to put in a camp for foster kids. The Department of Children and Family Services is focused on keeping kids physically safe, but they’re not really focused on the other part of it—socializing more and having normal experiences. So we’re working with the department. That’s been very challenging because the bureaucrats are trying to throw obstacles in our path. You can put a subdivision basically anywhere, but if you have something that is a camp, you have to have much more infrastructure than you would if it was residential.”

On a denser L.A.: “I’m not in favor of low density, per se. That really is not environmentally sound. I’d rather have higher density. We need density that is close to transportation and close to urban parks. That is the ideal situation. The idea is we need to have these urban parks that have high amenity value and also look beautiful, like a little bit of nature stuck in a city. That is the way that we’re gonna be keeping people in the more compact development, keeping them where they can take advantage of transit. That way we’re going to have fewer carbon emissions, fewer cars on the street, and happier people that live in proximity both to nature and all the cool things that are happening downtown.”

RELATED: Your Guide to 20 Weird and Wonderful Walks and Hikes in L.A.

In the Wake of the Wildfires, Mountain Lions Have Found Themselves in a Transformed World