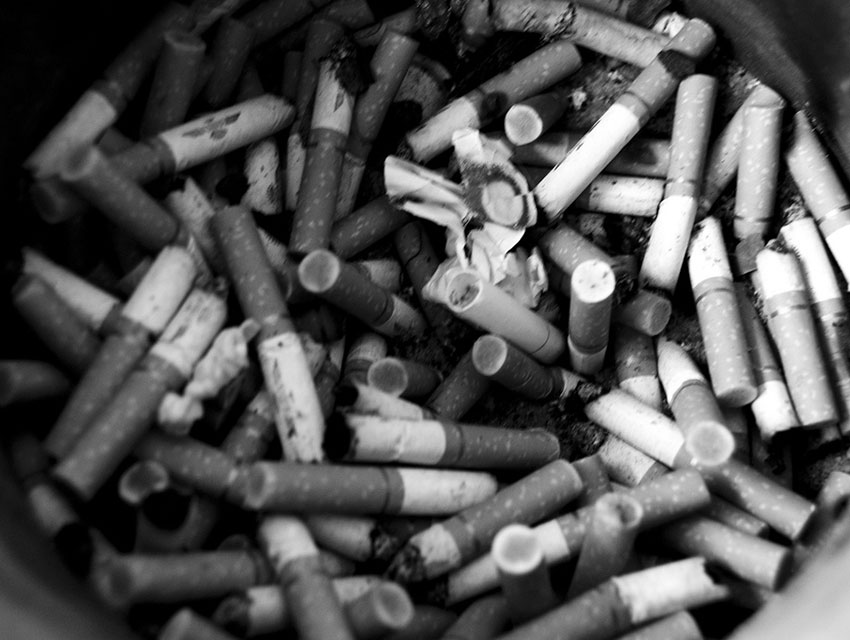 Martin Liu, Kimberly Fuentes, and Zoe Parcells may have more experience with cigarettes than most smokers. According to the Santa Monica Mirror, the Santa Monica High School students spent 16 days of 2014 collecting and then counting cigarettes from seven Westside roads and the nearby beach while putting together “Cigarette Pollution and Mitigation in Santa Monica, CA,” a science project that won first place at the  L.A. County Science Fair last weekend.

Liu, Fuentes, and Parcells reportedly collected and studied a total of 40,699 butts with help from other students and mentors, including Santa Monica High School marine biology teacher Benjamin Kay and UCLA School of Public Health professor Tom Belin. They say they found more cigarettes littered in the streets during warmer weather and would like to see the Santa Monica City Council ban smoking in public to help reduce cigarette pollution.

“Picking up cigarettes for hours is never pleasant,” Parcells told the Mirror. “Throughout the study, it was challenging to overcome time constraints and unexpected complications; such as sickness, a huge history test the next day, et cetera.” But they did, and now they’re off to compete in the California State Science Fair, which will be held at the California Science Center in downtown Los Angeles next month.

Get Obama to the Greek! Santa Monica High School Seniors’ YouTube Plea to the President: Attend Our Graduation