Home Crime Some Santa Monica Residents Are Blaming a Spike in Crime on the... 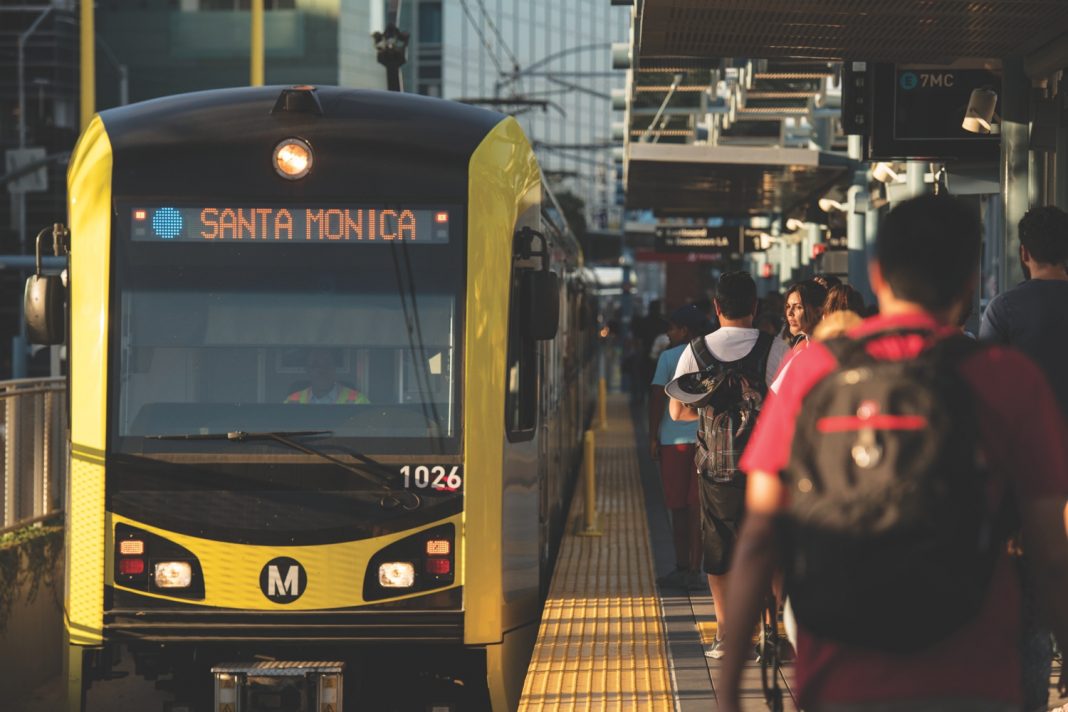 The McDonald’s near the Santa Monica Pier is infamous. Among a subset of concerned citizens, it’s the McDonald’s—ground zero for a moral decay that has infected the city since the opening of the Expo Line in May 2016.

Hop on the train, ride to its seaside terminus, and stroll past the franchise in question, and you likely won’t spot anything suspicious. Beneath sycamores, beach-bound families pull rolling coolers and couples whiz by on Bird scooters. Linger a bit longer, though, and you may hear that shaggy guy by the corner mumble something about “good shit” to that other guy with the cigarette, and then you might see a wad of cash and a baggie of something change hands. You’ll look around, incredulous, like, “Did I just witness a drug deal?” but no one seems to have noticed. Maybe it’s just become normal.

Crime is up in Santa Monica. Part 1 crimes, which include robbery, burglary, aggravated assault, and homicide, rose 5.5 percent in 2016 and 12.5 percent in 2017. Everyone has a pet theory, but a vocal group of residents sees a direct link between that rise and the arrival of the Expo Line extension, or, as they’ve dubbed it, the Crime Train. Among these theorists, the uptick in crime validates the apprehension they voiced when the rail extension was being debated. It’s the same complaint that has been made in South Pasadena, where a police officer told a local news station in 2015, “We’ve had a huge increase of crime near the Gold Line station and in the general area since it’s opened up.”

Of course, correlation doesn’t necessarily mean causation, but the question of whether light rail and subways bring crime into neighborhoods is pertinent—especially with the Crenshaw Line opening next year and the Purple Line inching ever closer to isolationist Beverly Hills. It’s a question that Metro, assorted law enforcement agencies, and affected communities will continue to grapple with.

A Santa Monica resident since 1966, Manny Samaniego has no doubts about the Expo Line’s connection to crime in his community. In fact, he believes he coined the term “Crime Train.” “There’s always sketchy characters on there,” he says. “It’s a powder keg waiting to happen.”

Metro, for its part, is aware of public apprehension and has allocated considerable resources to increasing both actual safety and the perception of it. In turn, total crime dropped systemwide by 6 percent in 2016 and again by 20 percent in 2017. The agency ramped up law enforcement on its trains and buses last year, adding the LAPD and Long Beach PD to supplement the Sheriff’s Department, which has traditionally shouldered the load. Yet Metro’s responsibility for curtailing criminal behavior ends at the edge of the platform.

In the six months after the Expo extension’s opening, the Santa Monica Police Department gathered data that seemed to confirm fears of a transit-induced crime wave. Compared with the prior year, Part 1 crimes jumped 54 percent within a 1,000-foot radius of each of the three new Expo stations. According to Lieutenant Saul Rodriguez, though, the numbers were skewed by too many other factors to blame the trains, and the reporting of those stats was subsequently nixed.

That same year, University of Pennsylvania researchers Greg Ridgeway and John MacDonald published the results of their comprehensive analysis in which they measured crime rates in areas near all L.A. Metro rail lines from 1988 to 2014 (i.e., two years before the Expo Line rolled into Santa Monica). They found that rail in L.A. had zero impact on crime, writing, “It appears that the concern that crime is a consequence of transit expansion is overstated.”

But that study didn’t speak directly to the Expo Line question, and it’s fair to surmise that the new stations may be bucking the trend. “Santa Monica is, in some ways, unique because now you have the Metro going to a very attractive destination and being able to pull people from maybe higher-crime neighborhoods,” says MacDonald. A onetime Santa Monica resident, he dug into the data, measuring crime rates within one-tenth- and one-quarter-mile radius of Expo stations and comparing those to rates for the city as a whole. If the train were luring wrongdoers, he’d expect the jump in station-adjacent crime to be distinguishable from the gradual rise in crime throughout the city. He found nothing of the sort.

Presented with the evidence, Samaniego isn’t convinced. Stand outside that McDonald’s, he says, and you’ll see crime—crime you wouldn’t have seen two years ago. It’s a logical argument, but it’s simply not reflected in the numbers. The jump in crime could instead be linked to the rejiggered legal status of particular drug offenses, the lack of affordable housing, or the increasing density that the Expo Line is intended to help cope with even as it spurs more development. But as for pegging rail transit as the root of the problem? While the specific causes aren’t clear, what is clear is that simply blaming the “Crime Train” is taking the wrong track.

You Can Ditch Those Masks on L.A. Public Transit as COVID Cases Wane