Home Urban Development Santa Monica’s Beach Trail Is Getting a Facelift to Make It Safer... 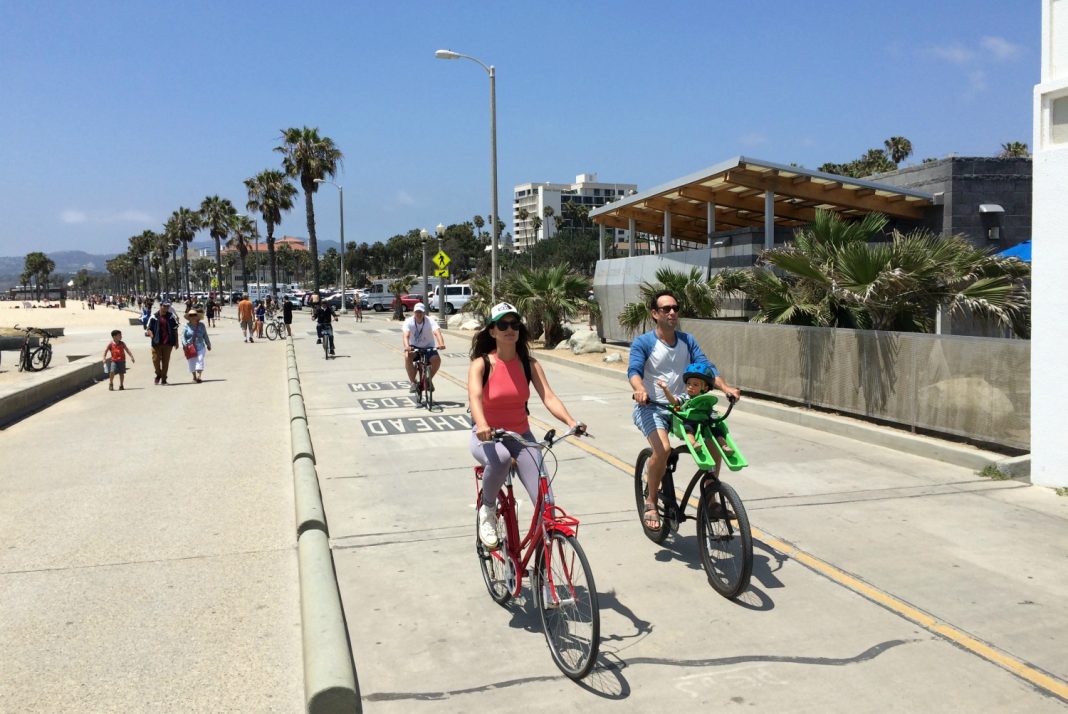 Part of the Santa Monica bike path is getting some work done in time for summer.

The North Beach Trail Improvement Project is intended to make it safer for cyclists and pedestrians to coexist on the most trafficked stretches of the Marvin Braude Bike Trail. From south of the pier up to Will Rogers State Beach, improvements are being completed in four phases, the last of which—cosmetic upgrades to Ocean Front Walk—wraps up in November 2020.

The biggest change will be the upgrade of a the two-mile stretch of the trail between Bay Street and the north city limits to widen the existing bike path and add a separate, defined path for pedestrians. (Electric scooters have been banned on the bike trail since summer 2018, FYI.) Ocean Front Walk is getting new paving, lighting, and seating. 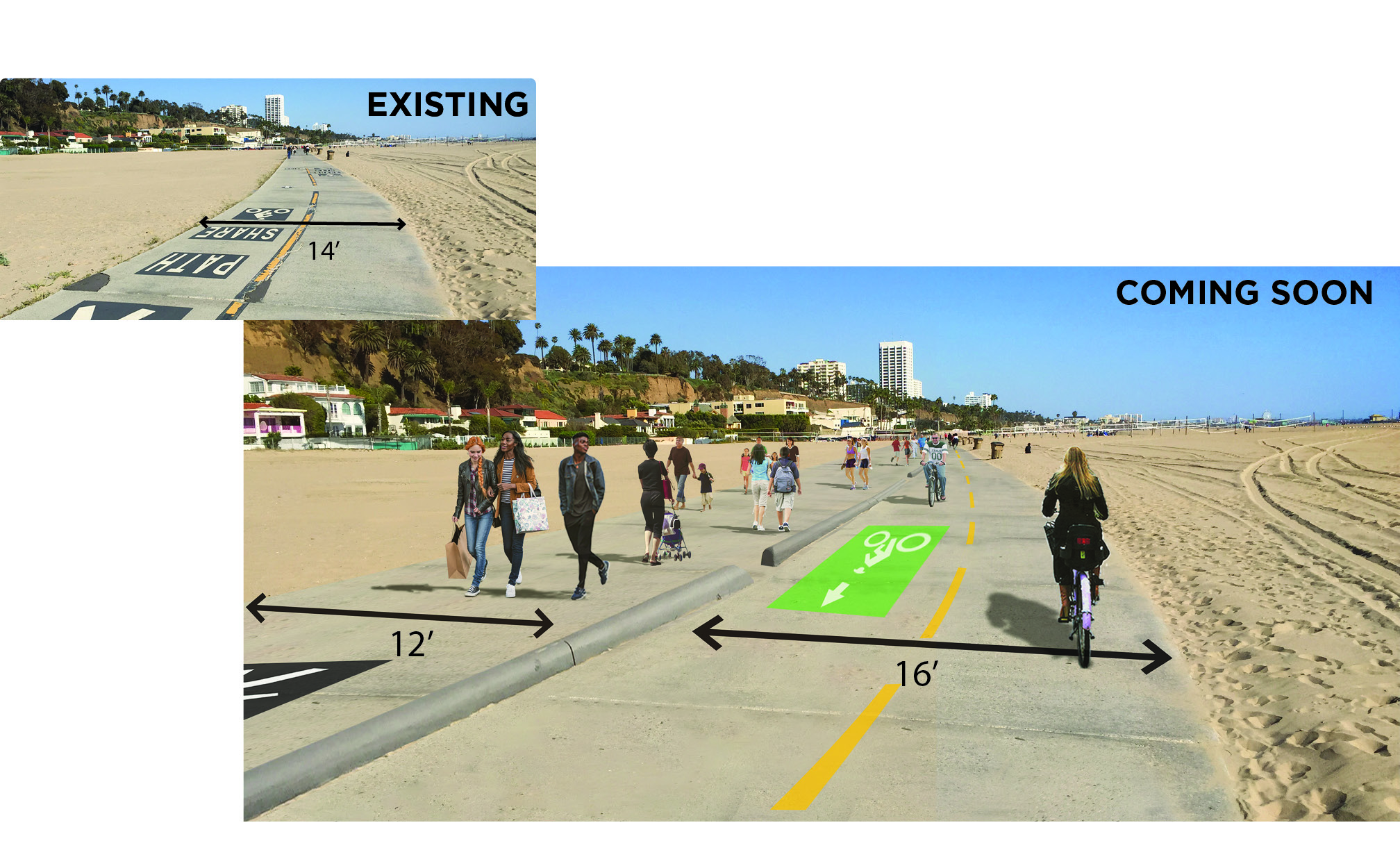 “We tried to get this through a long time, to get grants, but we were never successful,” says Judith Meister, beach manager of the City of Santa Monica. “There were a few accidents along the path but a lot of them were not reported—one or two were. And that’s enough. Bikes have slipped on the sand or collided. It’s a heavily populated part of the bike trail. We want to make it more safe and accident free for everybody.”

According to Meister, half of a planned 250,000 square feet of new concrete has already been installed, but if you’ve tried to bike or walk down there recently, you’ve noticed parts under construction have been replaced with large plastic tiles, making for a bumpy bike ride. When the path is completed this summer or early fall, it will be a much smoother, safer ride.

The plan takes up several different areas of the path. “The north end [north of the pier] has a shared path,” explains Meister. “Now we’re going to create a separate bike path from the walking path. But doing something in the middle of the beach is not so simple. We did 1,000 feet of alternative path plastic pathways in sections. It will look a little different in a month—it will have a real separation, and we’ll make new markings. Already we can tell people are really enjoying it, really liking it.”

“It will get more complicated when we start to do that under the pier as well,” she continues. “That’s where it’s dark and hard to see. We’ll push the retaining wall further west, then pave the maintenance path for pedestrians.”

After that, she says, they’ll renovate Ocean Front Walk (the last phase of the project) where Shutters, Casa del Mar, and Muscle Beach are. “We’re giving the whole area a facelift,” Meister says. Funds for the $12 million project are coming the beach fund, supported from visitors and paid parking, not from the Santa Monica general fund, Meister explains.

So if just by chance you get a parking ticket in Santa Monica, rest assured your money’s going to a good cause—at least for bikers and pedestrians.

RELATED: Octogenarian ‘Catapulted’ by a Scooter Is Suing Lyft and the City of Santa Monica

Ask Chris: What Happened to Santa Monica’s Hot Dog on a Stick?