Home Sports A Spate of Horse Deaths at Santa Anita Has Activists and Lawmakers... 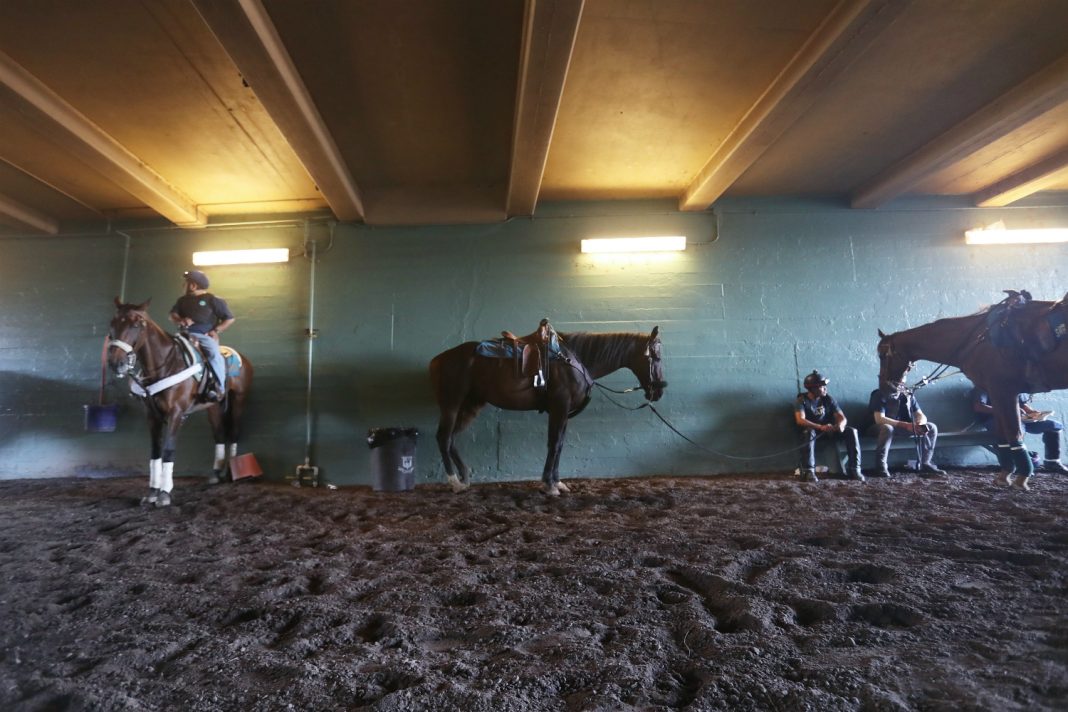 The United States horse racing industry has long been criticized by animal rights activists for its high fatality rates—according to the Jockey Club’s Equine Injury Database, an average of ten horses a week died at American racetracks in 2018. Over the past year, Arcadia’s Santa Anita Park has been in the spotlight as its death toll spiked, with 33 horses dying at the facility since December.

While some of these deaths have been attributed to inclement weather and a dirt track, many also blame a reported tolerance for trainers who have been cited for giving animals performance-enhancing drugs, which experts say are a leading cause of horse death. Now, in the wake of national media attention surrounding the deaths, a number of animal rights groups and industry leaders are pushing to establish a national program that would crack down on the use of these drugs, bringing the United States in line with international standards.

Drugs like Lasix, a diuretic that causes horses to shed water weight before a race, can weaken the animals’ bones over time, leading to a greater likelihood of injury, says Marty Irby, executive director of Animal Wellness Action. “Then they start giving them other drugs, like pain-masking agents and numbing agents, when they’re injured, and running them when they shouldn’t be,” he says. Typically unable to recover from the bone injuries they incur, the horses are euthanized.

Introduced in March, the Horse Racing Integrity Act would ban the use of these drugs on race day, and would create an independent committee to oversee testing and enforcement nationwide. Made up of horse racing experts and members of the U.S. Anti-Doping Agency, which monitors human athletes’ drug testing, the committee would establish uniform standards for racetracks, which are currently overseen by 38 different jurisdictions.

Thus far, the bill has been co-sponsored by 172 members of Congress, and has garnered support from numerous animal rights groups. Two legs of the triple crown—the Belmont Stakes and the Preakness Stakes—are proponents of the bill. Churchill Downs, which owns the Kentucky Derby, remains neutral.

The Preakness Stakes is owned by the Stronach Group, which has also owned Santa Anita for 20 years. In March, it implemented a strict new set of regulations at Santa Anita, banning both race-day drugs and whips, but denied the California Horse Racing Board’s request to cancel its season in June.

Currently, the Los Angeles district attorney’s office is conducting a sweeping investigation into this year’s spate of horse deaths.

RELATED: As Racehorse Deaths Continue, Santa Anita Has Some Soul Searching to Do