Home Opinion As Racehorse Deaths Continue, Santa Anita Has Some Soul Searching to Do 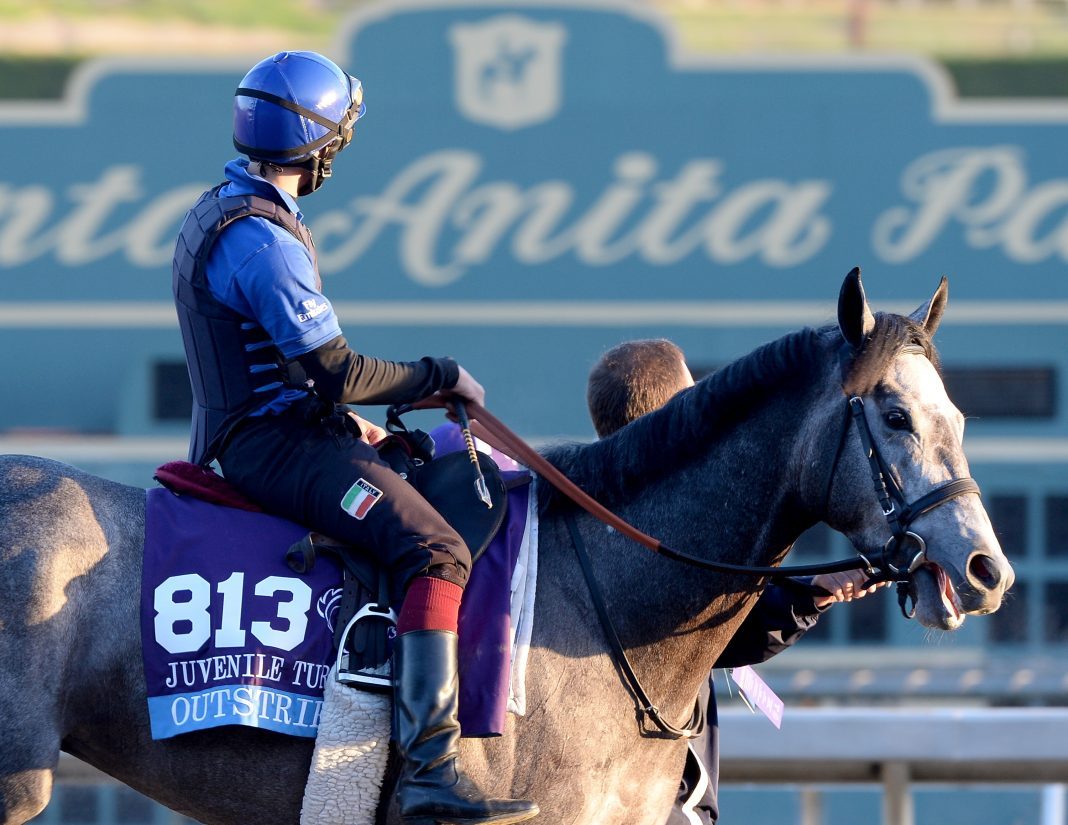 Yet another horse died this weekend at Santa Anita Park, bringing the death toll to 23 at the facility since December 26. There have been 44 days of racing in that time, which means that, on average, a horse has been euthanized every other race day.

At this point, it’s appropriate to wonder what has to happen for track officials to care enough about horses suffering catastrophic injuries that they make sure the spate of deaths ends. They shut down the facility for most of March to investigate, and when they couldn’t figure out what was going wrong, they tweaked some rules about race-day medication horses can be given and opened back up. Just two days later, another horse died.

“I think it’s just an anomaly,” legendary trainer Bob Baffert told the Los Angeles Times. “I don’t think anyone can really put the finger on it.”

Well until someone can put a finger on it, racing at the track should be suspended. Writing it off as an anomaly isn’t a solution—the solution is to stop racing until that anomaly has been identified and corrected. And as long as horses are in harm’s way, so are jockeys. Is it going to take a human death for the track to be shut down for the foreseeable future?

One way track leadership could demonstrate they’re taking the situation seriously is by postponing this Saturday’s $1 million Santa Anita Derby, one of the facility’s biggest days of the year. That’s not likely to happen.

The Breeders’ Cup, one of the biggest events in all of horse racing, is scheduled to take place at the track in November. When Santa Anita last hosted the event in 2016, betting topped $160 million and attendance was a record 118,000 over two days. It should be the best weekend of the year at the track this year, but if horses keep dying at the track at a record pace, it will only highlight is that income is more important to Santa Anita than the well-being of the animals that are forced to be the stars of their show.

Santa Anita Park is a large employer and major economic engine in the San Gabriel Valley, and a lot of families struggle when the track shuts down and they don’t get paid. But with a horse dying every other race day, at some point human decency has to overtake economics.

Officials outside the racing world have begun to raise alarms. Earlier today, Senator Dianne Feinstein asked that racing be put on hold at the track. “I believe that racing at Santa Anita should be suspended until the cause or causes of these deaths can be fully investigated,” Feinstein wrote in a letter to California Horse Racing Board chairman Chuck Winner. “I also ask for more information about what the California Horse Racing Board is doing to both investigate this matter and address some of the concerns that these incidents have rightly raised.” For its part, the Los Angeles District Attorneys Office began investigating the situation last month.

Last week, the California Horse Racing Board, whose members are appointed by the governor, voted to limit whip usage during races and phasing out race-day medication, but bureaucratic hurdles will keep those new rules from taking effect for several months.

In a news release late last week, the Stronach Group, which owns Santa Anita Park, commended itself and other stakeholders for their rule tweaks, saying that “Today was a watershed moment,” and that the group “continues to be committed to the principles of safe horse racing and are proud to lead the way in California. We are looking forward to working with our stakeholders in other jurisdictions and expediting these reforms at our all of our racetracks to put the horses first.” As long as horses are dying in record numbers at the track, the back-patting feels awfully premature.

RELATED: 21 Horses Have Died at Santa Anita and Experts Are Still Looking for Answers