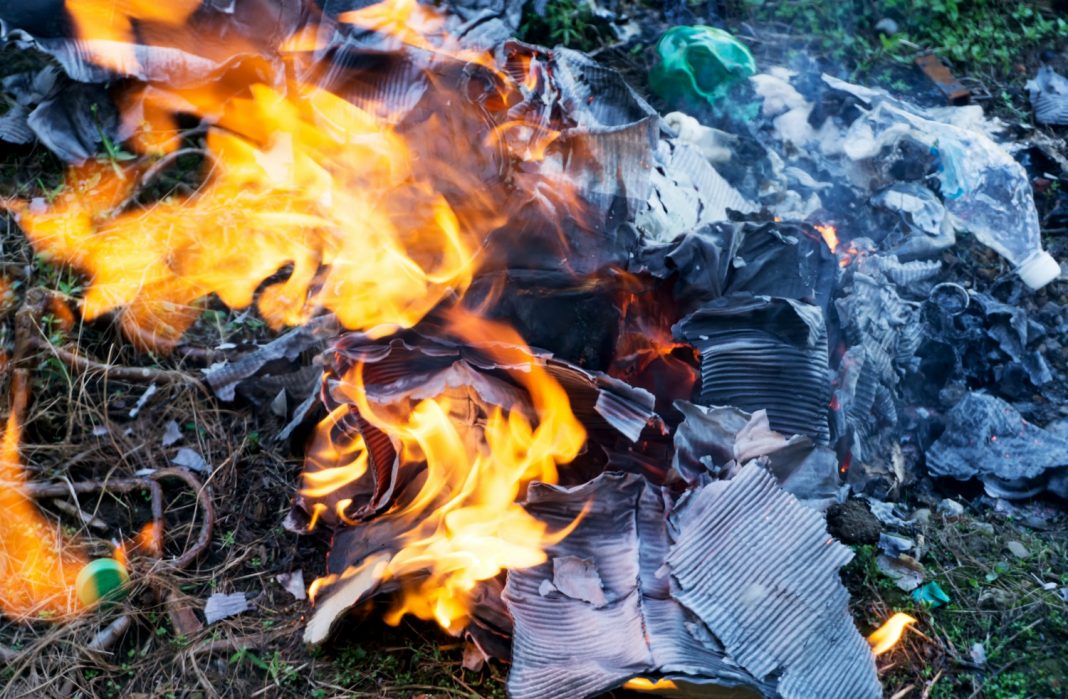 A fire that destroyed 74 homes when a garbage truck dumped a burning load of trash at a Calimesa mobile home park yesterday has spread overnight from 500 to 823 acres, Cal Fire reported this morning.

Morning Update 10/11/2019 7:15 A.M.: The Sandalwood Fire is now 823 acres and 10% contained. CAL FIRE/RCOFD in Unified Command with CAL FIRE/San Bernardino and the Cities of Calimesa and Yucaipa. Evacuations remain in place for affected areas.

The fire broke out at around 2 p.m. on Thursday afternoon when burning garbage was dumped around Calimesa Boulevard and Sandalwood drive, quickly spreading to the Calimesa Mobile Home Park, where it has destroyed 74 homes, and damaged another 16, leaving only 20 trailers unscathed. A Riverside County Fire Department spokesperson told the Los Angeles Times that the phenomenon that ultimately caused the conflagration is called a “hot load,” an “infrequent but not altogether rare occurrence when a trash truck’s haul somehow ignites and the driver opts to offload the garbage wherever they happen to be in a bid to save the vehicle.”

At least one person remains missing, 89-year-old Lois Arvickson. Her son, Don Turner, told the Associated Press that Arvickson’s neighbors saw her get into her car inside her garage as the fire approached. They were uncertain if she got out before the garage was consumed. One person has reportedly been found dead, and family members fear it may be Arvickson.

A Red Cross shelter has been set up at Mesa Grande Academy on 975 Fremont St., and the care center at Canyon Springs High School in Moreno Valley and Redlands East Valley High School have been closed.

Why Is Riverside Called Riverside?