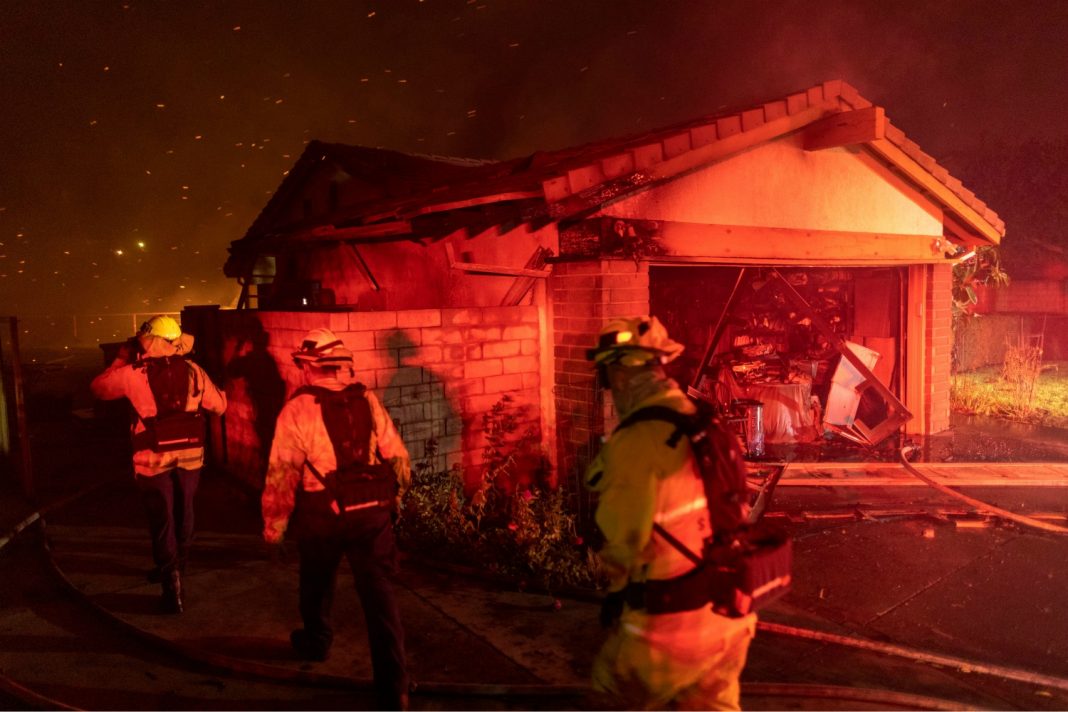 A fast-moving wildfire destroyed homes, forced evacuations, and resulted in at least one fatality in the San Fernando Valley overnight. As of a press conference at 7:30 a.m., the Saddleridge fire had burned approximately 4,700 acres, was 0 percent contained, and had forced the mandatory evacuation of 12,700 homes from Porter Ranch to the Ventura County border.

Low humidity and gusty Santa Ana winds have helped spread the fire, which broke out Thursday night near the 210 Freeway in Sylmar, and those winds are expected to continue into the afternoon Friday. Approximately 25 homes and one commercial structure have reportedly been destroyed, and one adult male reportedly died after going into cardiac arrest, according to Fox 11 News. According to fire officials, upward of 1,000 firefighters are working on getting the blaze under control.

Current evacuation zones—which include Porter Ranch North of 118 Freeway, Oakridge Estates north of the 210 Freeway, and the area west of Balboa, north of Sesnon to the Ventura County border with DeSoto as the western border—and evacuation centers are available on the LAFD’s website. LAUSD is updating its site with school closures as well.

At a windy press conference this morning, fire officials reported that some evacuations centers are nearing capacity. An updated list of road closures includes the 5 Freeway southbound from Calgrove and northbound from Roxford, the 210 Freeway from the 5 to the 118, and the eastbound 118 from the Ventura County line to Balboa.

The cause of the fire has not yet been determined.

RELATED: California Is Entering an Era of Endless Wildfires