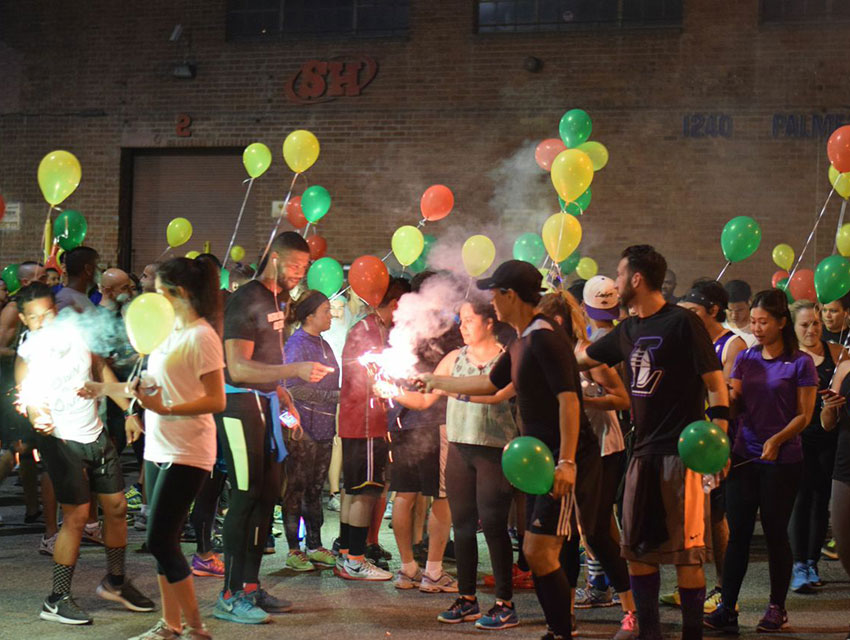 If you were downtown late last night, chances are you heard a steady thump of footsteps and saw a flash of color. The City of Angels turned 233 years old, and to celebrate, a group of about 200 runners took to the streets with green, gold, and red balloons (chosen to symbolize the city’s municipal flag) in hand.

The 4.5-mile run organized by the weekly meet-up group BlacklistLA began at the Walt Disney Concert Hall and traveled through Olvera Street and the Arts District before ending near Mayor Garcetti’s office, where the runners made an L and an A with their bodies on the steps of City Hall.

BlacklistLA founder Erik Valiente says he came up with the idea as a way to educate locals about the city’s founding. “September 4th was just another day,” he explains. “Even last night, streets were empty and people didn’t realize what the balloons and run stood for. Now that we have an amazing community of runners who joined in because of their love for our city, we can continue [to spread the message].”

He hopes the run will become an annual tradition. “We hope to grow from 200 runners to 400, to 1000—all running for the same reason,” he says, “to celebrate L.A.’s birthday, beauty, and community.” – Laura Montenegro