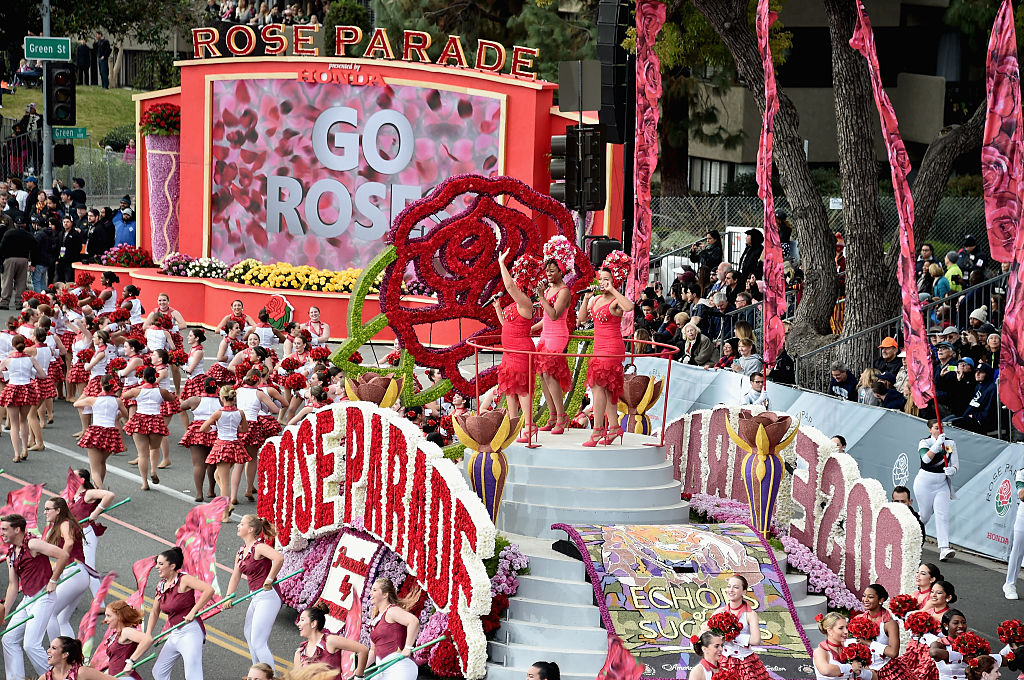 The Rose Parade is a New Year’s Day tradition with a goal we can get behind: showing off how lovely it is to live in California.

“In New York, people are buried in snow,” Charles F. Holder, one of the parade’s founders is reported to have said in 1889. “Here our flowers are blooming and our oranges are about to bear. Let’s hold a festival to tell the world about our paradise.”

While going out to watch the show might not require bundling up in your parka and mittens, it does take some advance planning. Here’s what you need to know about the 2019 Pasadena Tournament of Roses.

When is the Rose Parade?

The 106th Rose Bowl Game, the college football match inside the Rose Bowl stadium, kicks off at 1 p.m., though a program of bands and performances precedes the game.

Other events associated with the Pasadena Tournament of Roses include Bandfest, when top marching bands show off their routines; Sip & Savor, a food and wine tasting event highlighting locally-made goods; and Equestfest, an equestrian showcase. These all take place December 28 to 30.

Can you see Rose Parade floats without attending the parade?

Where does the Rose Parade route go? Will there be street closures?

The parade route starts on Orange Grove Boulevard, turning onto Colorado Boulevard, and marching along to Sierra Madre, before ending at Villa Street. From there, floats will be moved a short distance to the post-parade viewing area.

As for getting around, if you’re not headed to the parade, just don’t try to get around Pasadena on January 1. Street closures around the parade route go into effect starting at 10 p.m. on New Year’s Eve. Pedestrian access will also be blocked on Orange Grove Boulevard from Colorado to Green, and only ticket-holders with seats in that area will be allowed. According to parade organizers, police are urging drivers to avoid the Pasadena 110 Freeway entirely.

Parking in the area will be a hot commodity, but is available in certain lots and structures near–but not immediately along–the parade route. A better plan for getting to the parade might be to take Metro, which will operate 24-hour service from the 31st to the 1st and will be adding additional trains on the Gold Line to accommodate parade crowds.

Do you need a ticket to watch the Rose Parade?

Buying a ticket isn’t required, but is probably the best way to be sure you’ll have a spot to see the parade go by. Tickets for grandstand seating along the route can be purchased from Sharp Seating for $65 to $90. Sharp Seating also sells car and RV parking passes for the event. A non-ticketed viewing area is also available, on a first-come, first-serve basis, but be prepared to stake out your spot early–dedicated parade-watchers begin occupying spots at noon on December 31, the earliest time allowed by Pasadena city ordinance. 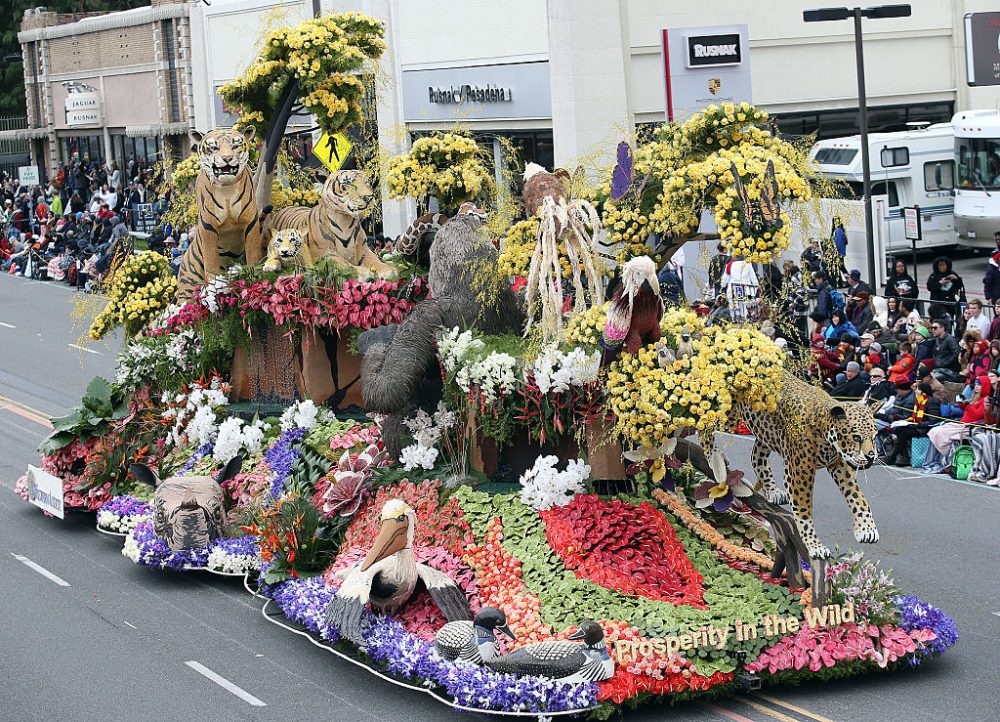 What’s the history of the Rose Parade?

The tradition dates back to 1890, when a group of Pasadena residents devised a celebration of Southern California’s temperate winters. The founders were members of the Valley Hunt Club who decided to put together an event inspired by French flower battles, as we wrote in a 2012 history of the parade. The tradition stuck, and grew, becoming a globally televised event. In 2018, there were 44 floats, 400 horses, and 21 marching bands involved in the pageant.

What’s new for the Rose Parade this year?

For 2020, the Rose Parade the organization brought on it’s first-ever Latina president, Laura Farber. She picked this year’s theme, “The Power of Hope,” and the three powerful Latina grand marshals of the parade, Rita Moreno, Gina Torres, and Laurie Hernandez. Another new development: the first-ever float put together by San Marino’s Huntington Library, Art Museum, and Botanical Garden. Given the Huntington’s famous rose gardens, it seems like a natural fit.

RELATED: L.A. History in Objects #21: A Rose From the Rose Parade