Home L.A. History Rocky and Bullwinkle Are on the Move Again! 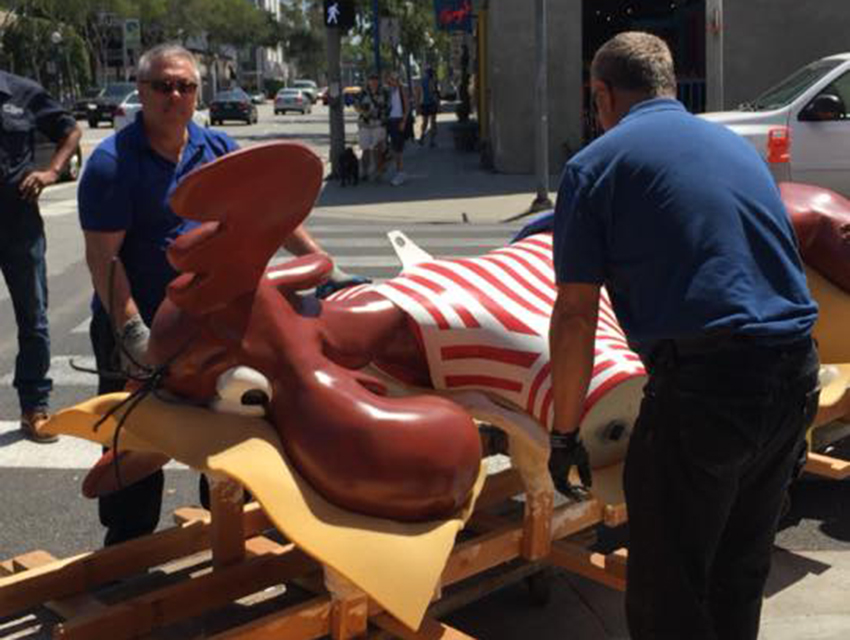 A 1,200-pound moose crashed Alison Martino’s weekend. On Friday afternoon, the Vintage Los Angeles founder and LAmag.com columnist received a phone call alerting her to the fact that the Rocky and Bullwinkle statue she’s been tracking ever since it was mysteriously removed from the Sunset Strip in 2013 was headed to West Hollywood’s City Hall. Martino dropped her plans to see the fiberglass figure, which was lovingly restored by Ricardo Scozzari in 2014, installed. Rocky and Bullwinkle aren’t staying put for long, though. The 14-foot statue will soon move to a secret location on Sunset Boulevard. “To see it in City Hall was riveting,” says Martino of the fiberglass work. “Something historic coming back is exactly what Sunset Strip needs. It looks incredible. Considering the statue was so trashed, it’s pretty miraculous. West Hollywood did a bang-up job.”

The Mystery of Where the Sunset Strip’s Rocky and Bullwinkle Statue Disappeared to Has Been Solved at Last!