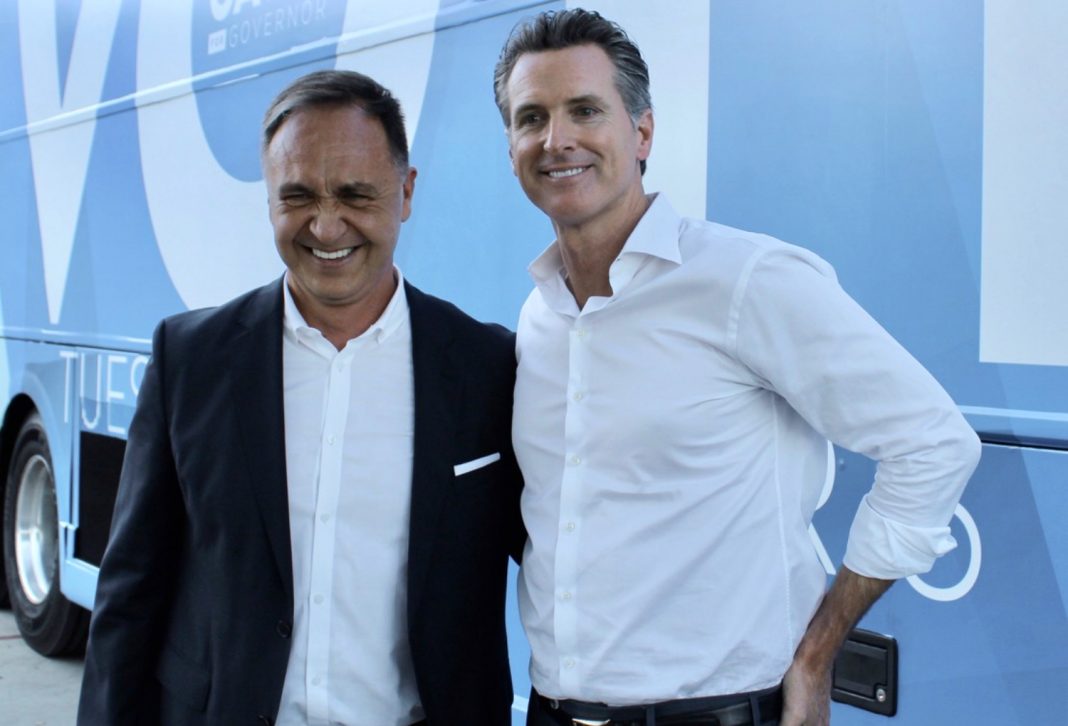 Lists, lists, lists. Everyone’s got one heading into this holiday season, but none have been more scrutinized than the lists purportedly on the desk of Governor Gavin Newsom as he contemplates naming the replacement in the U.S. Senate for Vice President-elect Kamala Harris, as well as the replacement for Attorney General Xavier Becerra, President-elect Joe Biden’s nominee for Secretary of Health and Human Services.

Politico’s California Playbook predicts that Newsom will deliver a “Hanukkah/Christmas gift this week” to one of several political groups pushing hard for diversity. Advocates for Representatives Karen Bass and Barbara Lee argue that the position held by the Senate’s only Black woman should be filled by another African American woman. Then there’s longtime frontrunner Secretary of State Alex Padilla, whose pick would open up another seat. But Latinos also support Robert Garcia, the out gay mayor of Long Beach, whose appointment would be historic.

“Rick is a brilliant person,” labor and civil rights icon Dolores Huerta tells Los Angeles. “I think he would be a really great fit to be attorney general of California,” considering the tangled intersectional issues of criminal, racial, economic, and environmental justice, as well as inequities in healthcare, immigration and LGBTQ rights.

“I consider myself a reform candidate,” Zbur told the Los Angeles Blade last summer, after announcing his campaign to run for L.A. City Attorney in 2022. “I’ll be bringing a fresh perspective that has been advised by the life I’ve lived.”

That life led Zbur from a Latino farm community in New Mexico’s Rio Grande valley where the community drank water from polluted groundwater wells to Yale and Harvard to Latham & Watkins, where he specialized in the environment as the prestigious law firm’s first out senior partner. In 1996, he won the Democratic Party primary in the 38th Congressional District, losing in the general election to Republican Steve Horn. Zbur also serves on several boards, including the California League of Conservation Voters, where he’s been for over 20 years, six as board president. In 2014, Zbur, the coparent of three children, left Latham & Watkins for Equality California.

“Rick has been a champion for Planned Parenthood and a great ally in the fight for reproductive justice—both as a Planned Parenthood Los Angeles (PPLA) board member and through his leadership at Equality California.  He has a proven track record of fighting for progressive issues in the environmental and civil rights movements. As Governor Newsom gives thoughtful consideration to whom should serve as the next Attorney General for the state of California, I am confident that Rick is an outstanding choice,” Sue Dunlap, president and board member of Planned Parenthood Advocacy Project Los Angeles County, tells Los Angeles.

“He’s probably one of the most qualified people in the state to be attorney general,” says Cecilia Cabello, the government relations and campaign consultant who ran the California presidential campaigns for Hillary Clinton and Pete Buttigieg. “So much of his law practice was dealing with really complicated state and federal approvals and the intersections with commissions and boards. He’s an expert at that. There’s no learning curve there….There are a lot of great people—but not with the breadth of experience that Rick has. He will be ready on day one. It would be bold to have a Latino LGBTQ person as the highest law enforcement officer in California—but it’s also safe because he knows what he’s doing.”

“The governor is a very unique position right now to respond to this moment in history…to make a lot of things right,” says Huerta, an Equality California board member. “By appointing Rick Chavez Zbur to this position of attorney general, the governor would be taking a giant step in terms of meeting what people are asking for and what the state of California stands for”—and burnishing his own legacy supporting the LGBTQ community. “That would be a really great step for the governor to take.”