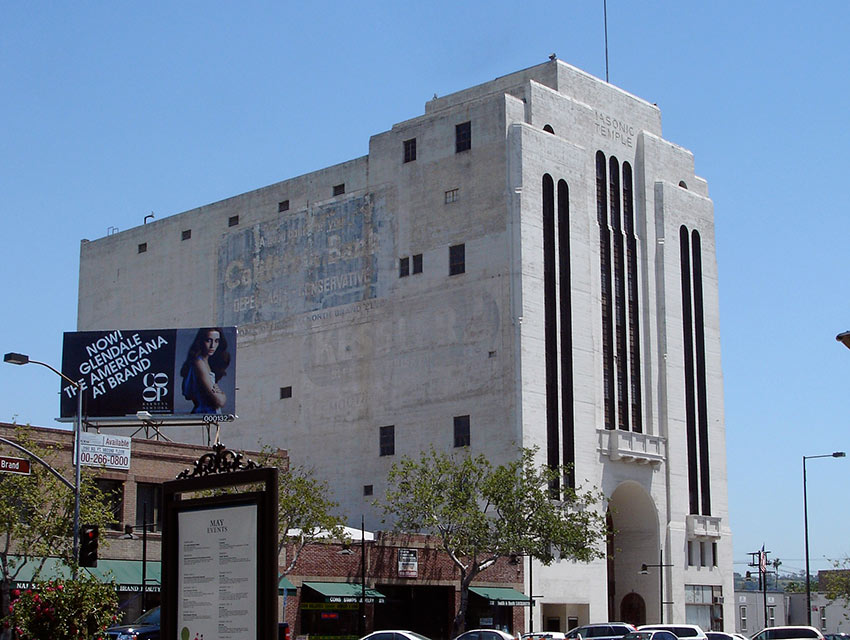 The Masonic Temple on South Brand Boulevard in Glendale has an 87-year-old history—and a brand-new owner. Rick Caruso is buying the iconic building plus two adjacent structures and an adjoining vacant lot. And while the developer of The Grove and The Americana at Brand shopping centers does have a fresh vision for the buildings, which includes transforming them into creative offices and a mixed-used venue with retail and restaurant space, he says architecture buffs and conservationists shouldn’t be alarmed. “It’s the first old building we’ve ever bought that has landmark qualities,” he says. “We want to do it right and celebrate the history of the building.”

Caruso is purchasing the 1927 property—which was designed by architect Arthur G. Lindley and is listed on the Glendale Register of Historic Resources—from Frank De Pietro and Sons, who, according to Caruso, had received permission to add some windows to the structure. “We are going to continue on with that process to make it more usable for office space, and that’s with the full support of the city’s historical commission,” says Caruso, who has hired a preservation consultant for this project. Other architectural updates will be more difficult to spot. “We’re not going to make any design changes to the front of the building at all,” he says. “We’re just going to preserve and enhance the architecture of the building, and on the inside there’s some really beautiful elements that we’re going to be restoring and bringing back to the original glory of when it was built.”

“There hasn’t been many uses in that building over the last 30 years,” Caruso points out. “People are going to be working in it and dining in it and celebrating in it—that’s what it was intended for. I think there is a movement [to preserve L.A. history], and we want to be a part of it.”

Glendale Historical Society president Greg Grammer, who has also consulted with Caruso on the project, says he’s encouraged by what he knows of the development, which is expected to be completed by the end of the year. So is seller Dennis De Pietro. “We believe that the program that Caruso Affiliated has developed for the property complements the historic elements of the building and infuses it with the modern infrastructure needed to meet the demands of today’s tenants. The priority is for the building to be preserved as an example of the spirited development done in Glendale during the 1920s,” he wrote in an email. “It has been a privilege for our family to own the building, to share it with several wonderful users, and to now secure its vibrant future with Rick Caruso and Caruso Affiliated.”