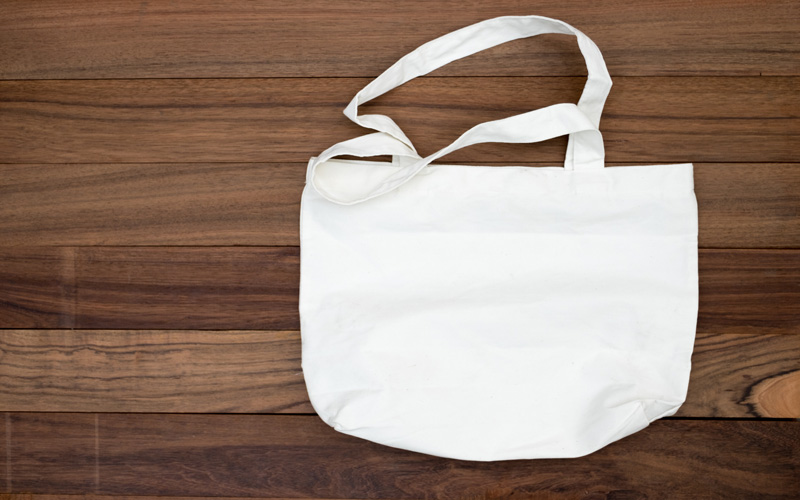 Reusable tote bags are like the Bourne movies. At first they were the best. A way to eliminate disposable plastic bags? YES. A film about a broody and resourceful assassin with amnesia? Sign me up for three. But then things went off the rails, and all of a sudden we were inundated with unneeded tote bags that we consistently forgot to take to the store, and Jeremy Renner was there for some reason, and no one was having fun anymore. There are now simply too many tote bags (and too many Bourne movies) in existence.

Think of it like this. There’s, what, 300 million people in the United States? Let’s suppose the average person consumes enough groceries to fill two reusable tote bags per week. If that’s the case, only 600 million reusable tote bags need to exist in this country at any given time.

Now, this is just a guess, but I suspect there’s at least 600 million reusable tote bags out there, which means we can stop making them. I hate to call for the layoff of thousands of workers at the tote mills, but, guys, we have a sufficient amount of bags. MISSION ACCOMPLISHED.

RELATED: How I Learned to Stop Hating Marijuana and Love Legalization

The problem is that caring about the environment has become a look, and that look has been co-opted by the Titans of Industry and turned for a profit. Target selling trendy canvas totes is the same as Target selling Nirvana T-shirts—they’ve taken something that used to have real meaning and turned it into an aesthetic. Tote bags look chic and progressive, and so businesses and nonprofits and publishers and museums are selling them or handing them out for free, and now they’re so abundant they’re basically disposable.

Which is problematic, because tote bags can actually be way worse for the environment than disposable bags.

Per a study by the UK Environmental Agency in 2008, the production and distribution of single-use plastic bags produces less carbon and other pollution than paper bags, recycled plastic totes, and cotton totes. To achieve the same emissions-per-use ratio as a disposable plastic bag, you’d have to use your cotton tote 131 times just to break even. Say you go shopping once a week: It’ll take you more than three years of using that classic Trader Joe’s canvas bag to be as efficient as using and throwing away 131 disposable bags.

Those plastic totes, though, like the Lululemon bags everyone seems to have, are actually much more efficient, requiring only 11 uses to break even with the impact of using 11 disposable plastic bags. So, yes, shopping with a tote bag can be better than using and throwing away disposable plastic bags—but only if you really commit.

Since we’re forgetful people, though, we’re never not going to leave our reusable bags at home from time to time. In that case taking a single-use plastic bag is a better bet than than grabbing a paper bag or, God forbid, yet another reusable bag. At this point, it seems we may as well vote no on Prop 67, lift the plastic bag ban, and at least ensure that our irresponsibility has a minimal impact on the climate. Pumping out more and more reusable bags is certainly getting us nowhere. Or maybe we can actually commit to using the tote bags we have stockpiled in the cupboard below the sink—because odds are we already have enough of them to last the rest of our lives.

Thomas Harlander is a staff writer at Los Angeles magazine. You can follow him on Twitter and Instagram. He recently wrote “Is the Artist Who Made This Print Secretly Banksy?“