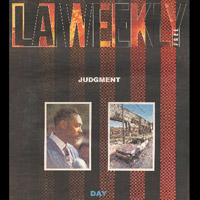 Amid the retrospectives this weekend that marked the 20th anniversary of the riots, perhaps you didn’t see the news about the LA Weekly’s “missing” issue. In a blog item titled “From the Archives: LA Weekly‘s Original Coverage of the L.A. Riots May Surprise You,” Simone Wilson—an employee, mind you, of the Weekly—bemoaned the fact that 20 years ago, the paper allowed two issues to pass before even mentioning the riots that engulfed the city. This news certainly did surprise me, as I’m sure it did anyone else who was working at the Weekly back then and spent the week after the riots putting together a special issue titled “Judgment Day.” The issue, under the guidance of then-editor-in-chief Kit Rachlis (who later became the editor of Los Angeles and hired me here), combined first-person essays (by Michael Ventura, Lynell George), analysis (Harold Meyerson, Tom Carson, Joe Domanick), and reportage (Ruben Martinez, Richard Rothstein, Kateri Butler); there was also a timeline, compelling documentary photography, and a series of statistics (that I feverishly compiled with Amy Waldman and Paul Malcolm) to help frame the conversation. The issue was a thoughtful, impressive undertaking, featuring some of the finest journalists L.A. has known.

The Weekly has since amended the post and regrets the error, stating: “Somewhere between the archive room and our own muddled organization, we lost an issue in there.” That worries me. So as a public service, I fished out the issue from my own archive (of course I kept it) and scanned the entire package, available below as a PDF. I was a history major, after all, and know that the only way to avoid history repeating itself is to understand how we got there in the first place. This issue of the Weekly does that, capturing an ugly moment in the city’s history that would be dangerous to forget.