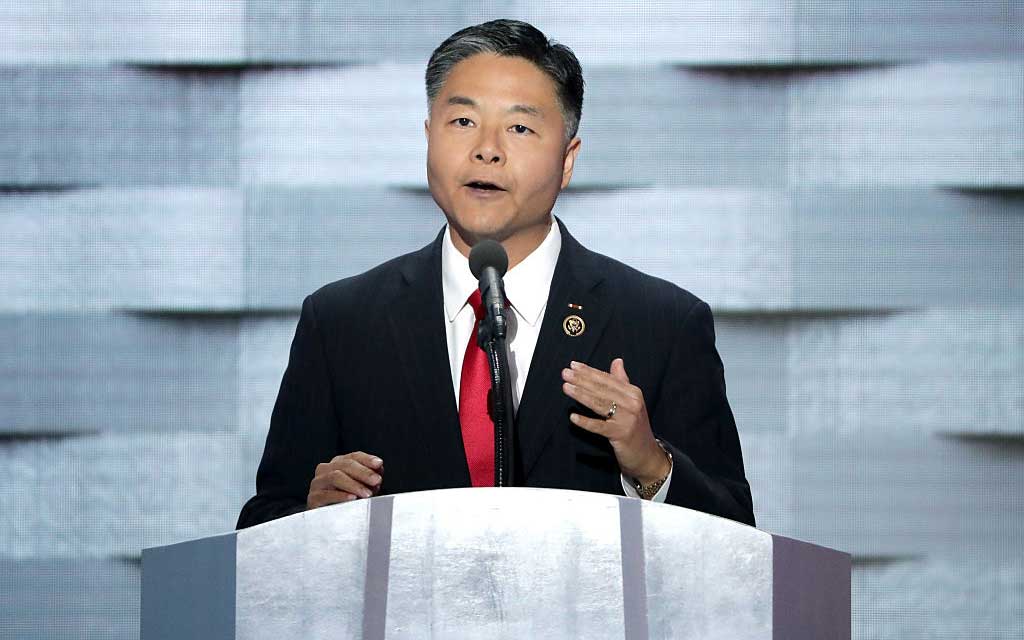 UPDATE: JANUARY 7, 2021 – Rep. Ted Lieu who was among the first members of congress to call for Donald Trump to be removed from the presidency in connection with yesterday’s mob attack on the U.S. Capitol, is now a co-lead sponsor on articles of impeachment.

Articles of Impeachment for introduction, so proud of everyone co-leading this effort with us.

We need to move quickly to remove this President from office. pic.twitter.com/vbZtA7g6fc

The four-page document accuses the president of engaging in abuses of power, spreading misinformation about the election, making statements that “encouraged–and foreseeably resulted in–imminent lawless action,” and “willfully inciting violence against the government.”

Liue is one of 12 co-leads on Omar’s resolution, along with high-profile members including Alexandria Ocasio-Cortez, Rashida Tlaib, Ayanna Pressley, and Cori Bush. An additional 24 members have joined as co-sponsors.

Thank you to all my colleagues who have already joined our impeachment resolution!

JANUARY 6, 2021 – An unknown number of Trump supporters have stormed into the U.S. Capitol Building in Washington, D.C., interrupting a joint session of Congress, overseen by the vice-president, called to confirm the Electoral College victory of Joe Biden. Multiple sources are reporting hearing gunfire around the Capitol complex, and there have been reports of at least two possible bomb threats.

With the Capitol under lockdown, some members of Congress are dispatching updates to the public on Twitter. Los Angeles Congressman Ted Lieu has used the moment to decry what he terms a “coup attempt” and call on Vice President Pence to initiate proceedings to remove Donald Trump from his powers as president.

Dear @realDonaldTrump enablers: You will not intimidate us. Today both the Senate and House will vote multiple times to reject your delusional conspiracy theories and affirm the certified Electoral College results. Your toxic beliefs will be thrown into the ash heap of history. https://t.co/ZSdlOpswLI

This assault on our nation’s Capitol is a coup attempt and all those involved should be prosecuted as such.

Also, for those Dems saying we shouldn’t impeach @realDonaldTrump again? You are wrong. https://t.co/N2L3wg4rnP

This assault on our nation’s Capitol is a coup attempt and all those involved should be prosecuted as such.

Also, for those Dems saying we shouldn’t impeach @realDonaldTrump again? You are wrong. https://t.co/N2L3wg4rnP

I’m in Cannon and have been evacuated. But it doesn’t matter. In less than two hours I will cast my vote rejecting the coup attempt by @realDonaldTrump enablers and accepting the Electoral College votes of Arizona. And there is nothing @POTUS or @GOP traitors can do about it. https://t.co/zfQemZwm9q

Lieu’s office is inside the Cannon House Office Building, one of the locations of a possible pipe bomb.

So far, Trump is not known to have taken signifiant action to discourage his supporters’ activity. He did release a tweet in support of law enforcement officers responding to the scene.