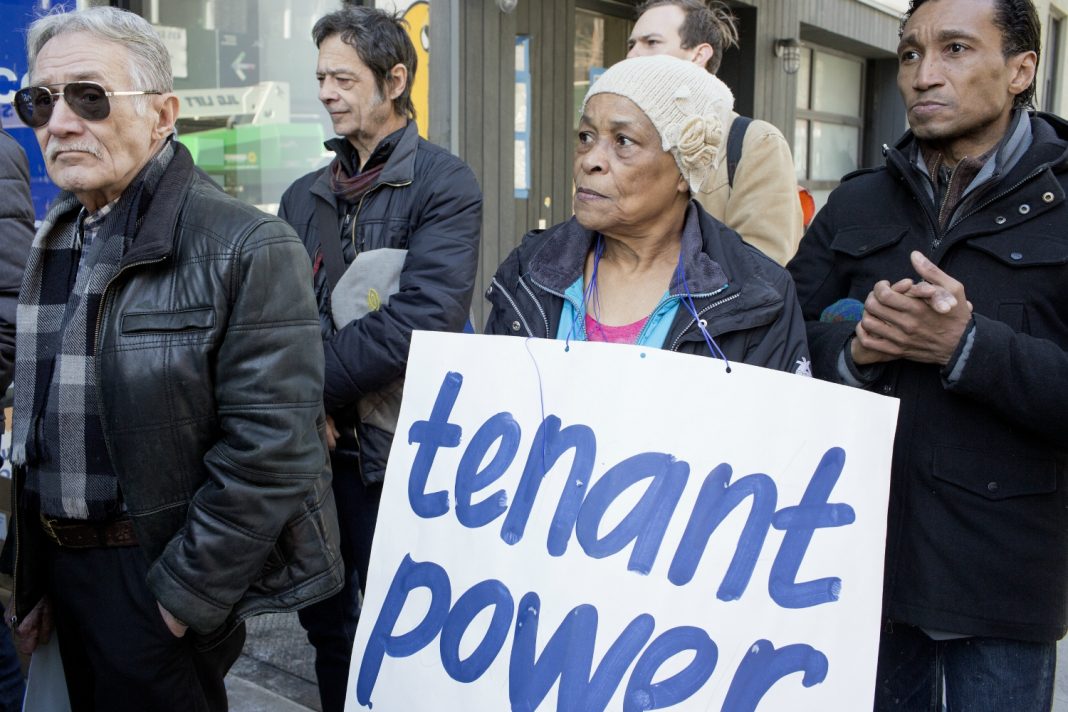 Last week, New York lawmakers passed a sweeping series of reforms that will make it more difficult for landlords to raise rents or conduct evictions in the state. Deemed the “strongest tenant protections in history” by state senator Andrea Stewart-Cousins, the deal was a blow to New York’s notoriously robust real estate lobby, and has been celebrated as a victory by tenants’ rights activists throughout the nation.

New York isn’t the only state that’s made big changes to its rental laws in recent months—spurred on by a national housing crisis and a growing tenants’ rights movement, Oregon passed its own statewide rent control bill in February, and a handful of other states have been considering similar legislation. But in California, which is home to six of the most expensive rental markets in the nation and experienced double-digit spikes in homelessness this year, efforts to pass housing reform at the state level have repeatedly flopped.

Last year, Proposition 10—which would have repealed the 25-year-old Costa Hawkins act that limits rent control in the state—was overwhelmingly rejected by voters. This May, a half-dozen other housing bills (including a reform of Costa Hawkins, a ban on rent gouging, and a just cause evictions bill) all went down in flames, in what has been called “the worst month in California’s housing policy history.” So why, in a state made up of more than 40 percent renters—over half of which are cost burdened—has it been so hard to make housing more affordable?

René Christian Moya, director of the L.A.-based group Housing is a Human Right, points his finger towards the California’s own powerful real estate interests. “On the one hand, you’re seeing a strengthening of the tenants’ movement at the local level, with more activism around the issue of tenants’ rights and more people aware that there is an acute housing affordability crisis,” he says. “But at the same time you’re seeing a big show of force by the real estate industry and corporate landlords in California.”

But there are other factors at play, too. Renters, who are more likely to be young, lower income, and/or immigrants—are less likely (or simply unable) to vote. Moreover, the politicians representing them might have other interests in mind—a recent analysis by CalMatters revealed that more than 25 percent of California’s legislative members are landlords themselves, and could only identify one California lawmaker that did not own their home.

But against the odds, a burgeoning tenants’ movement in Los Angeles has started to make real shifts in policy at the local level. L.A. County passed a temporary rent stabilization ordinance last year, Long Beach approved an ordinance that will require landlords to pay tenants for no-fault displacements in April, and the city is currently considering a Vacancy Tax that would fine landlords for leaving homes empty. A growing number of smaller municipalities within the County (such as Pasadena) are also pushing for their own rent control regulations and eviction protections.

Inglewood, one of the local cities most vulnerable to gentrification, is leading the charge. Last week, after over a year’s worth of organizing by the grassroots coalition Uplift Inglewood, the city approved the first permanent rent control laws passed in L.A. since the 80s. D’Artagnan Scorza, a lead organizer for the group, hopes it will serve as a model for other cities looking to pass similar protections. “We really do think of it as a victory for the movement in general,” he says. “Inglewood represents what’s possible, and should provide hope to a lot of people so that they know with ongoing organizing work, we can make change and get it done.”

In the wake of these recent victories, Moya feels hopeful too, but says changes at the state level are still sorely needed. Costa Hawkins limits local rent control laws like the ones in Inglewood to buildings constructed before 1995, and the controversial Ellis Act—which allows landlords to take properties off the market when they’re “going out of business”—continues to allow for displacement.

“State policy right now says that we will never be able to get ahead of this problem,” says Moya. “What is still missing is courage from our elected officials…to confront the real estate industry, to confront the people who lubricate their electoral campaigns, and to do what’s right by the 17 million renters in the state of California.”

Why Inglewood’s Principal Is Apologizing for Football Team’s Win