Home Urban Development The Housing Crisis As April 1 Looms, COVID-Impacted Tenants Are Trying to Figure Out How... 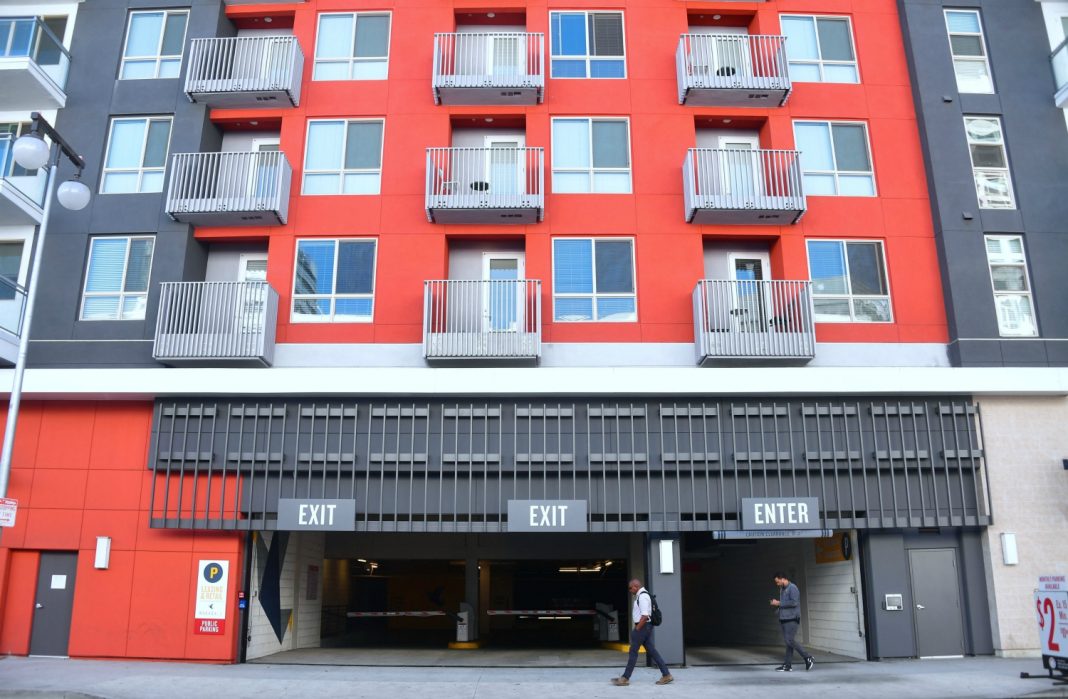 Like many Angelenos, Shar Jossell’s life has been completely upended by COVID-19. Earlier this month, the 32-year-old freelancer, who makes her living hosting radio shows, doing speaking engagements, and covering events, watched her income stream dry up in just a matter of days, as multiple jobs she’d booked were canceled due to public health concerns. With thousands of dollars in earnings lost and no certain end to the pandemic in sight, Jossell was left wondering how she would continue to make ends meet in the coming months. Then, she got a text from her landlords.

The text, sent to everyone in Jossell’s northeast L.A. apartment building, explained that despite these “uncertain economic times,” the owners would not be able to grant rent breaks to tenants impacted by the virus, citing the need “to pay mortgages, property taxes, insurance, and utilities.”

If tenants couldn’t pay, they might have to consider living elsewhere. “During the Great Recession, when some of our tenants were unable to meet their rent commitments, they gave thirty day notice and stayed with family until circumstances improved,” the landlords wrote. “We hope it never comes to that for any of us, and pray that these difficult times will quickly pass.”

As Jossell stared in disbelief at the message on her phone, she couldn’t do anything but laugh. “It made me chuckle,” she says. “Because you have to laugh to keep from crying.”

Jossell’s situation is not unique right now. As April 1 looms, tenants across the city who have lost work or been laid off due to COVID-19-related shutdowns are grappling with the fact that they may not be able to make their rent next month. In a county where almost 60 percent of tenants spend more than 30 percent of their income on housing, living paycheck to paycheck is already all too common for renters, and the loss of even a few days’ work can be a devastating prospect.

For some tenants, such as Ada K., paying next month’s rent will mean dipping into—or completely draining—a savings account. Ada, a server at Night + Market in Silver Lake, had her hours reduced last week after the city banned dining in at restaurants to slow the spread of the coronavirus. She says she will likely spend every penny she has on April’s rent, and has applied for unemployment and started selling clothes on fashion app DePop to make some extra cash. She’s already worried about how she will pay for May. “I’m freaking out right now,” she says.

For those who don’t have savings accounts, the future is less certain. Paul Lanctot, a member of the Los Angeles Tenants Union’s south L.A. chapter, says the organization has seen a spike in concerned tenants reaching out via email and social media in recent days. Lanctot says he’s spoken with many people who already had trouble making ends meet in a city plagued by an affordability crisis, and for them, paying rent will now be nearly impossible. “There are a lot of people who can’t make rent regularly, even in a normal situation, because of how high prices are,” he says. “This is straining things even further.”

To help provide relief for renters, lawmakers have enacted a handful of emergency tenant protections in recent days. On March 15, Mayor Eric Garcetti issued an order blocking evictions for those impacted by COVID-19, and revised it on Monday to include evictions related to the state’s controversial Ellis Act. At a meeting last week, the Los Angeles City Council approved an additional, broader eviction moratorium, but a final draft has yet to be voted into law, and the council’s meetings are now on hold for the rest of the month.

While Garcetti’s moratorium will give individuals who get evicted standing to defend themselves in court if they can prove they were impacted by COVID-19, it will not absolve tenants from paying rent, and requires that all missed rent be paid back in a period of six months. Concerned about confusion arising from the moratorium, some landlords have started sending out memos to tenants urging them to make their regular rent payment at the start of next month.

Monem, a corporate landlord that manages more than 60 buildings in Los Angeles, sent out such a memo to all of its tenants last week. The letter reminded residents that they would still be required to pay rent come April, but instructed those who did not think they could pay to immediately submit documentation from their employer proving they’d lost money because of the pandemic. The letter also announced that the company would stop serving rent increases this month—something that multiple landlord advocacy groups have encouraged their members to do for the duration of the COVID crisis.

Michael Pollack, director of operations at Monem, said the company empathizes with tenants, and is trying to keep an open line of communication with those who have been impacted by the crisis. He said they will work with residents on a “case by case” basis, and that eviction is a “last resort”. But at the end of the day, Pollack says, the company still has bills to pay. “An apartment building is no different than any other business, like a 7-Eleven or something like that,” he explains. “A building has its own mortgages, its own utilities, and all these other things that need to be paid for.”

Tommy Kelley, a software engineer who has been working at home from his Monem-owned apartment complex in Hollywood, said he was pleasantly surprised by the rent freeze, but he doesn’t feel renters should be responsible for paying when many aren’t allowed to work. “[The letter] pissed me off a little bit,” he said. “They’re talking about how all residents are still required to pay rent, but they’re massive landlords that are clearly going to be just fine.”

Other landlords haven’t been so forthright with their tenants. One employee at a property management group, who’s asked to remain anonymous, says his bosses have not communicated at all with their residents about COVID-19 or the eviction moratorium. “No one in my management has acknowledged that it exists,” he says. “I was told that when the first comes around, I’d be responsible for serving three-day [notices] and collecting rent and all of that.” He also says that the prices of vacant units have been increased, since people are less likely to compare multiple apartments right now.

Instances like this have raised red flags for tenants’ rights activists, who say that the current eviction moratorium isn’t doing enough to prevent a COVID-induced ramp-up of displacement and gentrification. Healthy L.A., a coalition made up of more than 180 local advocacy groups, has released a list of policy proposals for Los Angeles officials, which they say should be implemented immediately to protect the city’s most vulnerable populations. Among other things, the coalition is asking for officials to provide rent forgiveness and emergency rental assistance for those who might lose their homes, and to pass a moratorium on all evictions, not just COVID-related ones.

“Without these protections, we risk forcing hundreds of thousands of Angelenos into overcrowded spaces and unsheltered homelessness,” says Healthy L.A.’s website. “That would be a public health nightmare. No one should need to worry about losing their home when the health imperative is for everyone to stay home.”

On Monday, Los Angeles City Councilmember David Ryu called on Mayor Garcetti to immediately enact a rent freeze in the city, which would temporarily ban landlords from increasing rental prices. Ryu also sent a letter to Governor Gavin Newsom asking him to work with banks to suspend rent and mortgage payments in the state. His letter echoed the concerns of HousingNOW!, a wide-ranging advocacy coalition that sent a similar list of demands to Newsom last Friday.

In the meantime, Lanctot says organizers at the Los Angeles Tenants Union are helping renters communicate with their landlords about April, and are encouraging those who have been impacted by the virus to spend their money on food and other necessary supplies before they pay for housing.

East Hollywood resident Carlos Juarez, whose barista job at the Beverly Hills Hotel has been reduced to base pay with no tips for the foreseeable future, says this is exactly what he plans to do. “I’m not paying rent next month,” says Juarez. “I am going to use what funds I have to buy food, disinfectants, and medicine.”

As for Jossell, she’s counting on a check from an old freelance project to come in before April 1 rolls around. She still isn’t sure how she’ll pay for May, but she’s hoping something pans out. “I just don’t understand how people expect the world to continue turning fiscally right now,” Jossell says. “How do you expect us to give you money when everything is shut down?”