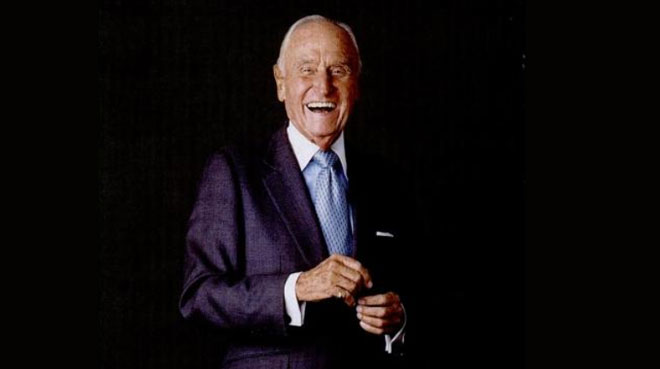 A.C. Lyles, a longtime producer for Paramount Studios, has died at the age of 95. A native of Jacksonville, Florida, Lyles’ 85-year career at the studio—he began as an usher in one of Paramount’s movie theaters and then became a publicist before producing westerns in the 1950s and ‘60s and serving in recent years as a goodwill ambassador—stands out for its origin story as much as its duration; Lyles reportedly knocked on the studio’s iconic gates when he came to Hollywood looking for a job. He was awarded a star on the Hollywood Walk of Fame in 1988.

In 2004, Lyles was featured alongside other industry luminaries in a Los Angeles magazine featured titled “Hollywood Education.” In the article, Lyles shares stories from his life and career, including this piece of advice: “In this business you need to maintain enthusiasm. Real estate has three words: location, location, location. I have three words: obsession, obsession, obsession. You can’t say, I think I’ll try. You have to say, I’ve got to, I’ve got to, I’ve got to.” The interview ends with this quip: “Someone said to me recently, ‘A.C., you’ve been at Paramount 76 years. You must have seen a lot of changes here.’ I said, ‘Sure, since last night.’”