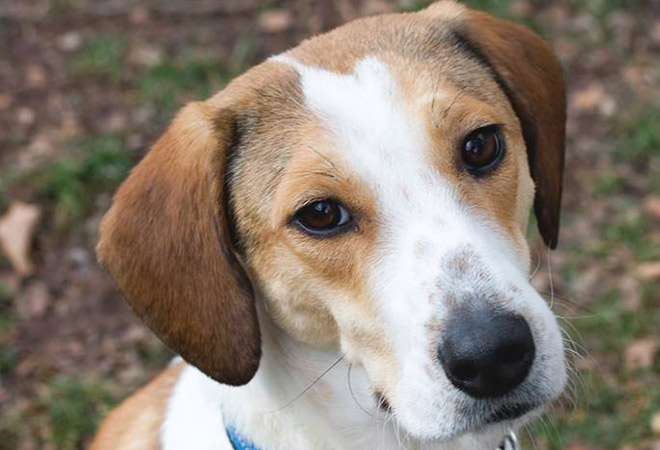 When Daniel the beagle was put into a dog pound gas chamber, no one expected him to walk out alive. But that’s what he did—and the forecast for his life has been rosy ever since.

The two-year-old beagle mix was only three months old when a Florence, Alabama animal control facility tried to put him down, a process that involved placing 18 dogs into a steel box filled with carbon monoxide. He walked out in one piece (and, more importantly, alive), prompting the on-site workers to name him after the biblical figure Daniel, who survived being thrown into a den of lions.

After his brush with death, Daniel was adopted by Joe Dwyer, a New Jersey-based motivational speaker. According to Dwyer, his “Miracle Dog” has prompted 31 states to outlaw inhumane forms of euthanasia since. What’s more, Daniel has risen to national fame: he and seven other shelter dogs will ride on a float sponsored by the Lucy Pet Foundation in this year’s 125th Rose Parade in Pasadena, where the pup will embrace a new role as the official “spokesdog” of the California-based mobile spay and neuter service.

“I feel as though Daniel can do tremendous good for animals languishing in shelters,” Dwyer told us of his pooch’s new appointment with LPF. “We’re very excited about the trip to Pasadena, and we hope it will highlight our mission to help animals in need and put a spotlight on creating a more compassionate world.”

Daniel’s pre-parade duties begin today and will culminate in the January 1st event, which according to reports has drawn 700,000 spectators in past years (and that’s not including a worldwide television audience of over 51 million viewers across 220 countries and territories). You can catch him performing his “high five to keep pets alive” trick beginning at 8 a.m. PST.