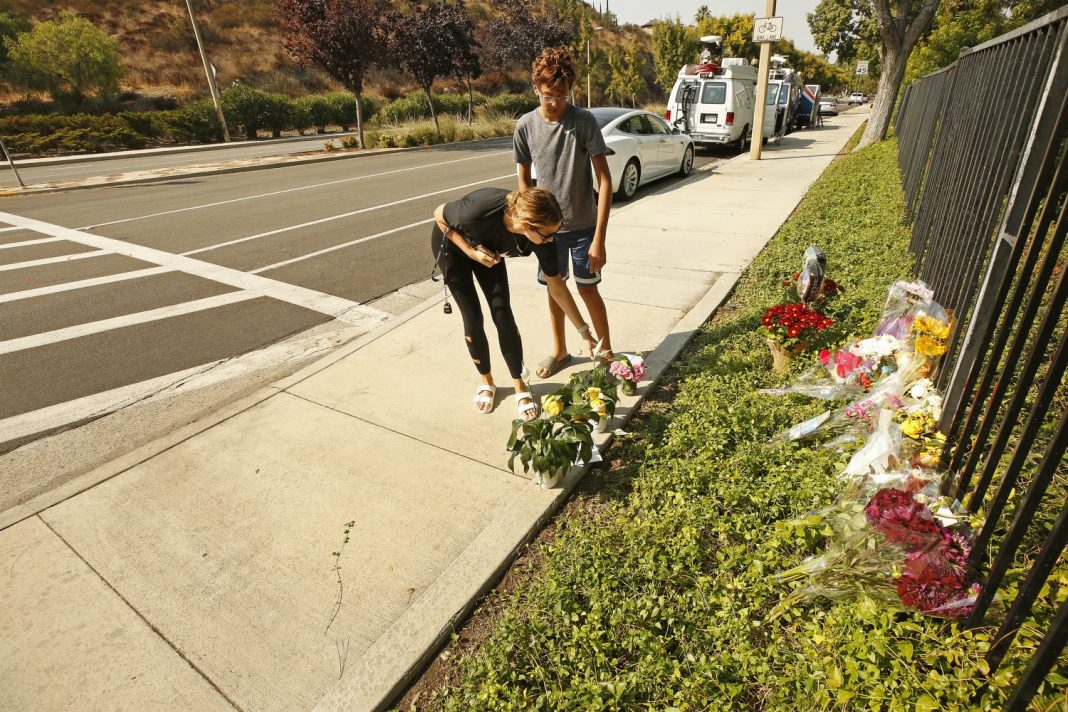 Rebecca Grossman—a cofounder of the Grossman Burn Foundation, former publisher of Westlake magazine, and the wife of A-list plastic surgeon Peter Grossman—has been charged with two counts of murder for the Westklake Village hit-and-run incident that killed brothers Mark Iskander, 11, and Jacob Iskander, 8, in September.

Grossman, 57, also faces two counts of vehicular homicide with gross negligence and one count of hit-and-run resulting in death for the September 29 incident, in which she allegedly hit the boys with her Mercedes as they were crossing the street at Triunfo Canyon Road and Saddle Mountain Drive with their parents and two other siblings, KTLA reports.

Grossman was arrested the night of the crash but has been out on $2 million bail since October 1, when police said they believed alcohol and street racing were involved in the tragedy.

“We believe speed is a factor. Alcohol is a factor,” Los Angeles County sheriff’s Capt. Salvador Becerra told reporters at the time.

The L.A. County District Attorney’s Office says that Grossman, who pleaded not guilty on Wednesday, carried one of the children on the hood of her car for more than 100 feet before she applied the brakes and the boy fell into the street.

Mark Iskander died at the scene and Jacob was pronounced dead at a local hospital.

Witnesses say the parents had heard a car rapidly approaching and that the boys’ mother was able to save their two younger siblings, including a daughter who was in a stroller, but couldn’t react in time to help the older children.

“The children were walking with their family. It is a very tragic situation,” Capt. Becerra said. “The mother and father were able to pull the other two children back in time, and the vehicle struck the two other children.”

Grossman’s preliminary hearing is set for February 16. She faces 34 years to life if convicted on all charges.