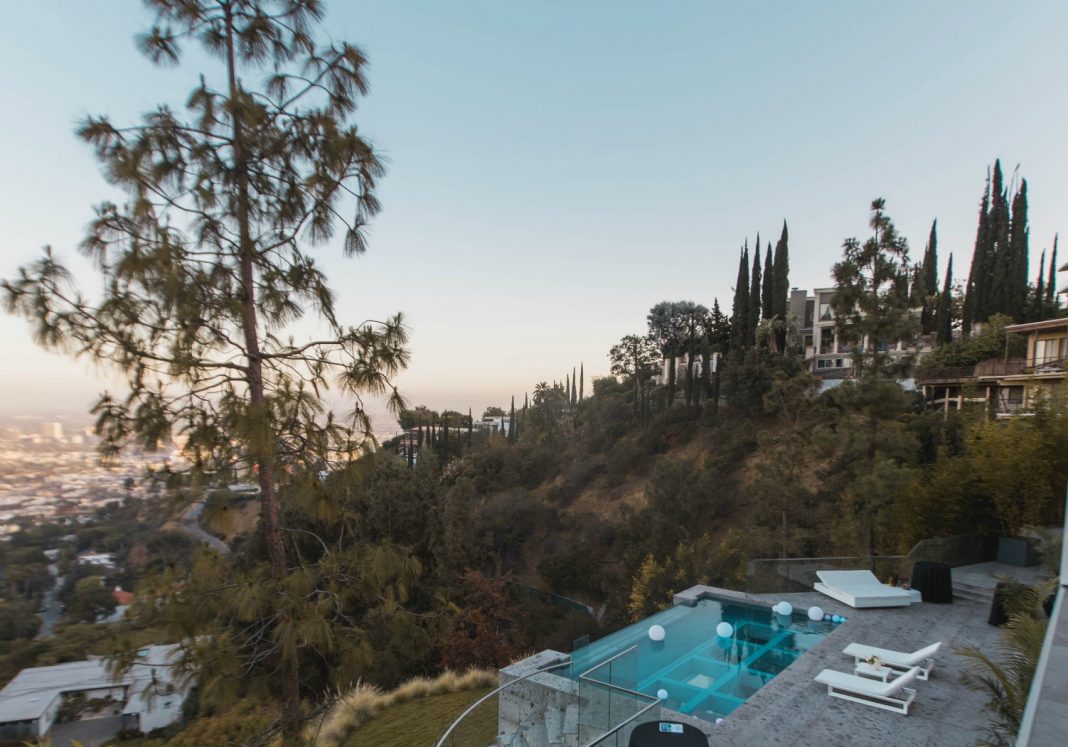 Juliette Hohnen is a prominent Los Angeles realtor known for her negotiating skills and drive; she’s one of Douglas Elliman’s top salespeople in California. These days, however, she’s focused on keeping business alive. The COVID-19 crisis led her to cancel two of her open houses on Tuesday, a day when brokers usually invite other brokers to privately tour their listings. Instead, she did open houses on Facebook Live.

“In the interest of social distancing and to protect those who are most vulnerable, we decided to cancel,” explains Hohnen, a former MTV VJ. “But agents can still see it on Facebook Live and Instagram.”

Like others in her industry, Hohnen is just trying to adapt to a quickly changing situation. “People are constantly calling to see if I’m still showing,” says the agent, who is still doing private showings complete with hand sanitizer and shoes off. One couple asked if they could tour a particular home by themselves while both agents cooled their heels in their cars. “I said I thought that would be highly unlikely, but I’ll ask,” Hohnen says with a laugh.

As news about the virus changes day by day, so do the rules surrounding it. On Sunday, even as large stretches of Los Angeles began shutting down, fears of the coronavirus had not yet stopped some brokers from making their appointed rounds. In a city where the open house is something of a Sunday tradition, more than a few brokers proceeded with already scheduled showings, albeit with a few modifications.

Yana Beranek, a Berkshire Hathaway agent, decided to hold an open house on Sunday, but was offering extra protection at an Inglewood listing: a pile of booties and hand sanitizer sat next to the sign-in sheet. “People were a little nervous to touch the pen and sign in at first,” Beranek admits. “But the sanitizer really helped.”

On Sunday, dozens of other showings also went on across L.A., though the number was greatly reduced from usual weekends.

Like many other businesses, realtors are waiting to gauge the exact impact of the pandemic. “On any normal weekend, you would expect to see five to seven open houses in a particular neighborhood,” says John Steiner of Engel & Völkers real estate in Beverly Hills. “But this past weekend, you were lucky if you could find two.”

The 15,000 L.A.-based realtors represented in the local Multiple Listing Service (MLS) are hoping for the best and preparing for the worst. “In addition to future business we worried whether homes that were already in escrow would close,” says Steiner. “That said, I was surprised and relieved to see a number of homes close this past week.”

What the real estate industry most fears is a repeat of the 2008 recession, when home prices plummeted by 35 percent in Los Angeles and thousands of realtors were forced out of the business. At this point it’s too early to speculate about the longterm ramifications of the pandemic or to predict what neighborhoods would be most affected if panic continues to roil the housing market.

“What’s so unfortunate about coronavirus, besides the obvious, is the timing of this,” explains Josh Flagg, a Beverly Hills real estate agent and cast member of the Bravo show Million Dollar Listing Los Angeles. “Typically during election years, markets soften because of the uncertainty of who will come into office. But take that and add four to five months of the world shutting down—well, the situation changes.”

But like others in his business, Flagg is determined to find a way to avoid a big drop in the market. “It’s our responsibility to protect everyone and keep business moving in the same way that restaurants are closing but still supplying takeout. We have to find creative ways to keep doing showings but continuing with open houses is irresponsible in my opinion  for now.”

Paul Czako a veteran of Los Angeles residential real estate echoes those sentiments.  He says agents must be vigilant protecting their clients and themselves from getting the virus.  ”All open houses, from the brokers-only ones [on Tuesdays] to the public ones on Sundays should be canceled until the virus is fully contained,” he says. “But if we can’t show these homes to our clients in person, we might use smart phones and FaceTime to do it.”

Hohnen points out that even in a crisis like this one, people still need to buy and sell homes. Though she’s keeping in-person contact to a minimum, she’s still going on with her work while abiding taking the suggested precautions. “We will all get through this together,” she says, with a sigh. “The market may take a pause but it will come back as it always does.”