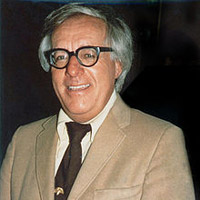 Ray Bradbury, whose science fiction and fantasy works have left an indelible mark on the literary world, died Tuesday in Los Angeles, his daughter confirmed to news outlets. He was 91.

The author of over 600 published works, many of which center around space travel and the future, Bradbury is widely esteemed as the man responsible for the elevation and cultivation of science fiction—where once the genre was generally snubbed by critics, his novels and stories forced them to consider it legitimate. Some critics believe he was singularly responsible for moving sci-fi into the literary consciousness, a claim that is supported by the fact that over eight million copies of his books were sold within his lifetime.

Bradbury himself shied away from the label of “science fiction author,” not because he was ashamed of the title but simply because he deemed the description incorrect. “I’m not a science fiction writer,” he said in multiple interviews. “I’ve written only one book of science fiction [Farenheit 451]. All the others are fantasy. Fantasies are things that can’t happen, and science fiction is about things that can happen.” Nevertheless, the designation stuck, perhaps because of Farenheit 451’s wild popularity (The Martian Chronicles, a collection of stories which tackle racism, technology, and censorship in the context of various missions to Mars, is arguably his most famous work).

Bradbury was born on August 22, 1920, in Waukegan, Illinois. As a boy born in a time of technological simplicity, he drank in the stories of the Brothers Grimm and L. Frank Baum as well as comic strips chronicling the adventures of Buck Rogers and Flash Gordon. The fantastical elements of these and other works had a drastic influence on his writing. “When I was born in 1920,” he told the New York Times Magazine, “the auto was only 20 years old. Radio didn’t exist. TV didn’t exist. I was born at just the right time to write about all of these things.”

By 1934, Bradbury’s family had settled in Los Angeles, where he attended Los Angeles High and became involved in the Los Angeles Science Fantasy Society. He details these first days in L.A. in this L.A. Story for Los Angeles magazine. His stories began to appear in small genre pulps—Imagination! magazine, Super Science Stories, the American Mercury—before his short story “Homecoming” was picked up by Truman Capote, then the editor at Mademoiselle, in 1947. The story earned Bradbury an O. Henry award. Three years later, The Martian Chronicles was picked up by Doubleday, and three years after that came Farenheit 451. Ray Bradbury was a household name.

In the 1960s, when Los Angeles magazine was first getting started, Geoff Miller, the magazine’s first editor, had the pleasure of having Bradbury as a contributing writer. In the years that followed, he went on to pen screenplays and television scripts among various other pieces of prose. In 2004, he was given the National Medal of Arts by George W. Bush.

Bradbury is survived by his daughters, Susan Nixon, Ramona Ostergen, Bettina Karapetian, and Alexandra Bradbury, as well as eight grandchildren.