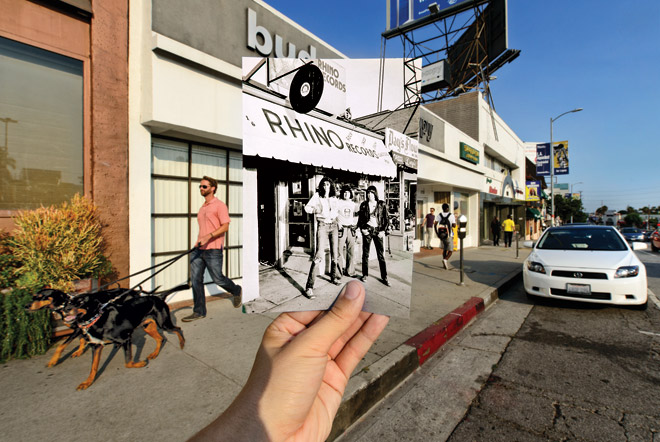 From its inception in 1973, Rhino Records in Westwood carried one of the city’s finest selections of out-of-print albums and imports. It was a favorite of indie artists such as the Ramones, two of whom flank store manager Harold Bronson in this 1977 image (inset). During that decade, Rhino evolved into a well-respected label for oddball acts like the Monkees. By 2002, Time Warner Music owned the company’s playlist and the store had moved a few blocks south. Three years later it closed its doors. In The Rhino Records Story (SelectBooks), out this month, Bronson recounts the golden years. Though the label has floundered in finding its voice in a changing industry, there’s hope: Rhino recently backed a tour of the Monkees, who, minus the late Davy Jones, are still busy singing.