Home Environment That Rain We Just Got? Most of It Went Right Down the... 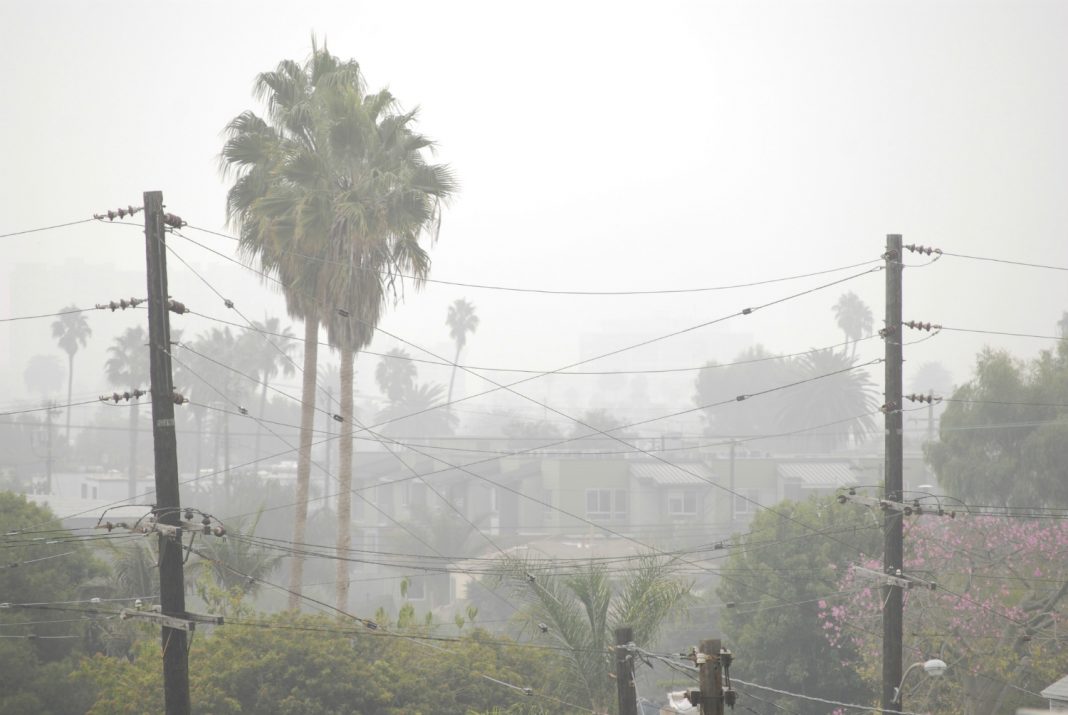 Los Angeles received a near-steady dousing of rain in February and early March, helping to lift most of the county out of drought conditions and giving local plant life a much-needed drink. But while your Griffith Park hike is sure to be extra verdant this week, most of that rain won’t be flowing out of our taps anytime soon.

Since L.A.’s landscape is mostly covered in impermeable surfaces like sidewalks, roads, and roofs, much of the city’s rain doesn’t soak through the soil into groundwater reserves—instead, two-thirds of it is simply makes its way down into storm drains drain and into local water bodies like the river and the ocean. Along the way, it often picks up harmful substances like pesticides, heavy metals, and bacteria, which transform it into contaminated, unusable “urban runoff.”

Aside from being a big waste in a drought-prone region seeking to wean itself off imported water, this runoff can have harmful effects for both aquatic life and humans. The leading cause of water pollution in the county, it causes thousands of extra gastrointestinal diseases, racking up public health costs.

Measure W, the “Safe Clean Water Parcel Tax” that passed last year by a wide margin, could help. It’s expected to generate an additional $300 million for storm water-related projects, amping up the county’s ability to capture and recycle it. “We would increase our capture by 100 percent, moving us to two-thirds storm water as a reliable source of drinking water,” says Mark Pestrella, director of Los Angeles County Public Works.

But it isn’t going to happen overnight. The measure won’t start generating revenue until July 1 (the beginning of the fiscal year), and funds won’t be available until the beginning of 2020. Once the money does start flowing, it might be used to build things like infrastructure to store water under parks or treatment devices in streams and lakes, says Pestrella.

It’ll also be an opportunity to start investing in “green streets,” which act like sponges for storm water, soaking it up and filtering it on site. “Think about all the money from Measure M going towards transportation,” says Mark Gold, associate vice chancellor for environment and sustainability at UCLA. “If you’re tearing up the street anyway, [you can] put in things like bio filters, infiltration trenches, and French drains, so the runoff can just percolate into the ground really quickly.”

In the meantime, we’ll just have to accept that most of L.A.’s rain is going to keep washing down the drain. But our wet winter wasn’t a total wash—many of the state’s dams are brimming with water right now, which means California will be using more carbon-free hydropower this year. And hey, we got some superblooms out of it too.

RELATED: The 7 Stages We All Go Through When It Rains