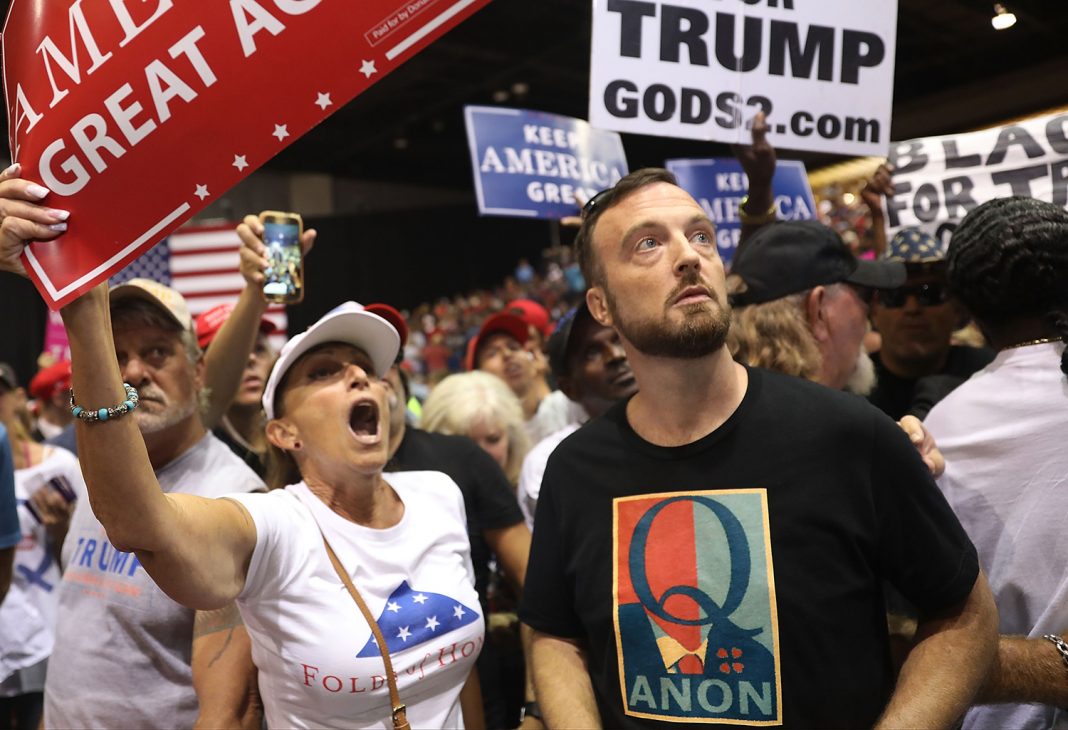 Last week, Facebook began its crackdown on QAnon, the rapidly growing conspiracy movement that believes Donald Trump is secretly vanquishing a coven of global elites who torture children, traffic them for sex, and even eat them.

Mark Zuckerberg’s social platform—which has become particularly popular among QAnon adherents—removed 790 QAnon groups from the site, and restricted another 1,950 groups, 440 pages, and 10,000 Instagram accounts related to QAnon. And their efforts apparently ramped up over the weekend.

According to BBC reporter Shayan Sardarizadeh, Facebook took down some of the most-followed QAnon-related pages on the platform, including “QARMY, QANON and all things Q related” (60,000 followers), “QAnon News” (50,000 followers), and “QANON PIZZAGATE FULL DISCLOSURE” (40,000 members).

BREAKING: Facebook has removed some of the biggest QAnon public groups with nearly 600,000 members in total over the weekend. This includes "QAnon News & Updates", the biggest of all QAnon groups on Facebook with 215,000 members. Let's look at the groups taken down one by one pic.twitter.com/ScUByHiz58

The real big fish is a now-defunct group called “QAnon News & Updates,” which according to Crowdtangle data had 215,000 members and clocked a massive 1.01 million user interactions between January and mid-July.

Back in July, both Twitter and TikTok moved to quash the conspiracy theory, permanently suspending thousands of accounts and banning certain hashtags related to the movement. In early August, the FBI declared the QAnon and Pizzagate-related conspiracy theories constitute a domestic terrorism threat.

During a briefing last week, Donald Trump tacitly endorsed QAnon, saying, “I don’t know much about the movement other than I understand they like me very much, which I appreciate.” When a reporter pointed out that QAnon believers think he’s saving the world from a cabal of satanic cannibals, he said, “If I can help save the world from problems, I’m willing to do it.”

Still, White House chief of staff Mark Meadows told Fox News on Sunday that “we [in the White House] don’t even know what [QAnon] is.” He then pivoted to other, more pressing conspiracies. “There are a number of conspiracies that we ought to be talking about,” Meadows said. “We ought to be talking about the fact that we continue to look at why the FBI spied on the Trump campaign and what happened there. That was a conspiracy that was real and one we started to look at.”