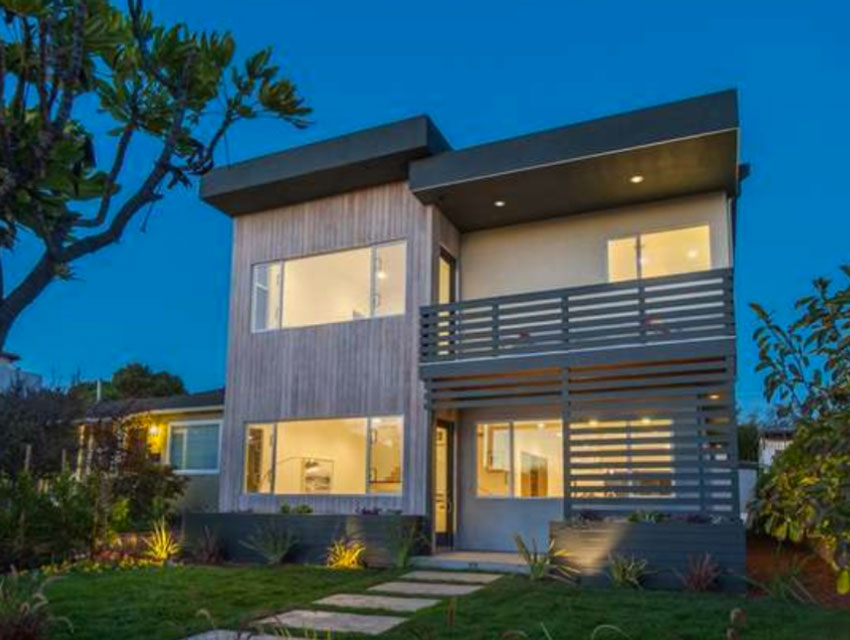 Two days after the Los Angeles City Council voted unanimously to restrict the building of “McMansions”—oversized, boxy homes that have been popping up across the city where older, smaller homes once stood—councilman Paul Koretz, who pushed for the vote, tells us why:

Why did you decide to take a lead on this issue?
“It’s an issue that came to me. When I first was running for election to the city council a little over five years ago and I was walking in one particular neighborhood, Beverly Grove, almost everyone I talked to said, “please save us.” People were putting up boxy McMansions all over the place, so when I was elected it was on my mind. We had a lot of discussions in the neighborhood and there were some folks, presumably who wanted to sell their homes to developers, to build these big mansions and others who already owned them who were opposed. But by the time we got [new regulations] through, I’d say 50 or 60 homes had been torn down in a relatively small area. Clearly it was a problem. Clearly the time it took to move through the bureaucracy enabled people to tear down some of these homes. But we completed that step, and once we had done it, other areas started saying “we need the protection, too.” As our economy bounces back, there are people trying to flip homes and build McMansions all over the place. This is a citywide issue.

What do you say to people who do want to sell their homes to developers because it’s more profitable, or to people who want to build up and out and want to do it here in the city? Why is that not OK?
I think [new regulations] will be a reasonable compromise. If we do something citywide, it may be a little less restrictive, but in West Hollywood we got a compromised number that would allow people to expand their homes but not necessarily build these boxy mansions that go out to the property line and overshadow their neighbors and really change the feel of the neighborhood. In many cases, the historic quality of these neighborhoods has been affected.

I’ve seen that phrase—boxy mansions—used to talk about these homes being restricted. Is this issue also about design aesthetic?
Not so much, except that when you try to build on every inch that you can, you impact design. Los Angeles does not do what other cities like West Hollywood do, which is an extensive design review by any means, but a giant boxy McMansion is something you know when you see it, and when they are next to smaller, historic homes they have a negative impact.

Where you surprised to see just how combative neighbors have become recently over this issue?
Clearly there are intense feelings on the issue and interestingly enough, some of this is happening in areas that didn’t request help from us in the first place, so it reflects the fact that the whole city may need this kind of protection.

Right now the city council has targeted 14 specific neighborhoods. What happens next? Are you thinking bigger at this point?
In around 60 days we are going to have an interim control ordinance to help out those neighborhoods that requested help initially, and then we will work on a citywide anti-mansionization ordinance that hopefully will be somewhat similar to the Beverly Grove pilot project. We’ll push to get it down faster but we’re told it will be about a year-and-a-half before that is approved by the council.

What can someone living in a neighborhood not already targeted for help do to stop mansionization in their area now?
Go through the same process as the others—collect signatures and make it clear that their neighborhood has the same consensus and if it’s present, maybe we can take a look at trying to have the ICO appointed. To be honest, we haven’t thought past the steps we’ve taken, trying to draft an ICO board for areas that have expressed strong feelings about the need for protection, and to act as quickly as possible on a revision ordinance that protects the whole city.

Has there been a lot of pushback since Tuesday’s vote?
Not yet. I met with one realtor who objected, but other than that I have only heard from people who have thanked me.

Do you expect this to be one of the most important issues you tackle in your tenure?
It will certainly be a significant change. Personally I think we’re too understaffed to undertake it, but years ago when I was on the West Hollywood City Council we did do a fair amount of design review. If we were able to successfully fund that, I think it would be a good idea as well.

For your district or the city?
I would try it first in my district, but I don’t think we’ve funded our planning department to the point where they can even do their current job expeditiously. Someday I would love to see us get to that point.

It’s one of those issues that seem to be very positive. It’s very cool. The last time that happened to me was when I [created] regulations that said you couldn’t operate a puppy mill or purchase a puppy mill animal in the city of Los Angeles. Wherever I was in the city, people said good things about it, and this ordinance seems to be getting that same kind of response.

So—traditional housing and puppies are your things.
It’s an interesting agenda. Cats and dogs and home seem to go together.

Los Angeles 2022 Election Results: Not All Progressives Are Created Equal

The Top 9 Most Compelling Races in the 2022 L.A. Elections