Home Uncategorized Put Up This Wall 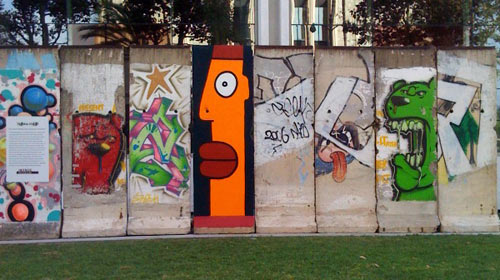 To commemorate the 20th anniversary of the Berlin Wall coming down in Germany, two walls are being built along Wilshire Boulevard, with one in front of the Variety Building (which is also home to Los Angeles). That wall was installed on Saturday and will be on view until November 17. The second will be constructed further down the street and will be toppled at midnight on November 8. Here’s a look: