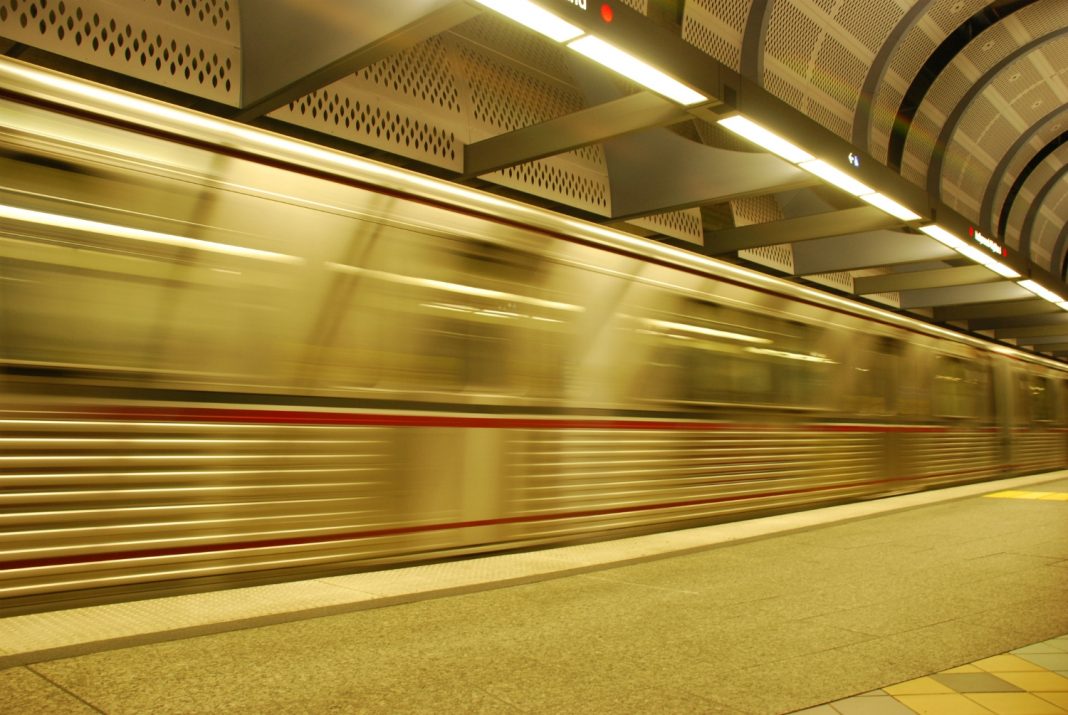 Will a group of Beverly Hills residents be fighting the subway even after trains are running under their city? Considering their dogged resistance to a Purple Line station in Century City—which will require a tunnel be constructed under Beverly Hills High School—it’s a possibility.

After years of resistance to the Century City Station and with construction already underway, a group calling itself Friends of Beverly Hills High School is still not giving up. A new Change.org petition asks Donald Trump and Transportation Secretary Elaine Chao to halt construction so another route can be studied, one that would detour the tunnel around BHHS.

The petition reads: “L.A. Metro has moved its Purple Line subway 800 feet, requiring massive tunneling directly under a high school and through 70-80 abandoned and unmapped oil wells. This detour will likely disturb pockets of deadly methane gas and hydrogen sulfide, risking the lives and health of students and faculty.”

After nearly a decade of study, the current route was chosen for a number of reasons—none of which is a desire to implode BHHS. Running a tunnel under Santa Monica Boulevard, which officials at the high school want, would cross several fault lines and make the tunnel more susceptible to collapse, according to vetted and judicially approved Metro research. There is no evidence the tunnels will harm the campus, but the school district has spent tens of millions of dollars on lawsuits to reroute the subway. All of their efforts have failed.

That brings us back to the petition, which is part of a campaign called Stop the Purple Threat. The campaign’s website chides President Obama’s administration for approving funding for the Purple Line extension into Beverly Hills and Century City (which occurred in Obama’s last month in office) and notes “President Donald Trump and his Administration have the power to protect the students and school district since they now control the federal funds Metro needs to complete the project.”

According to Joe Parker, a representative of Stop the Purple Threat, the campaign isn’t intended to kill the extension entirely.

“The goal of the petition is to change the route and not have it go under the school and instructional buildings,” Parker writes in an email. “The funding can go towards another route, just not under the school.”

Even though Trump and Chao reneged on an Obama-era financial commitment to build a tunnel under New York’s Hudson River, it’s doubtful the Beverly Hills petition will have the same fate since the project is much farther advanced.

“Metro received a Section 2 Full Funding Grant Agreement from the U.S. Department of Transportation more than a year and a half ago,” Dave Sotero, Metro’s Community Manager, tells us. “A contractor was hired, and construction of this section is now well underway, with utility relocation, staging yard setup, and tunneling preparatory work activities now taking place throughout the project corridor.”

On top of that, if Trump and Chao were to intervene now, the move would not only break precedent but potentially result in a loss of jobs and a tsunami of litigation.

“Following decades of successful federal funding arrangements, it has long been our experience that, once a funding grant agreement is received, the federal government honors its commitments to local transportation agencies,” Sotero says.

Correction: This post has been updated to more accurately reflect the potential consequences of locating the tunnel under Santa Monica Boulevard.

Need a Ride to the Polls on Tuesday? L.A. Metro Has You Covered