Home Pets Puppy Scammers Are Out to Ruin Christmas 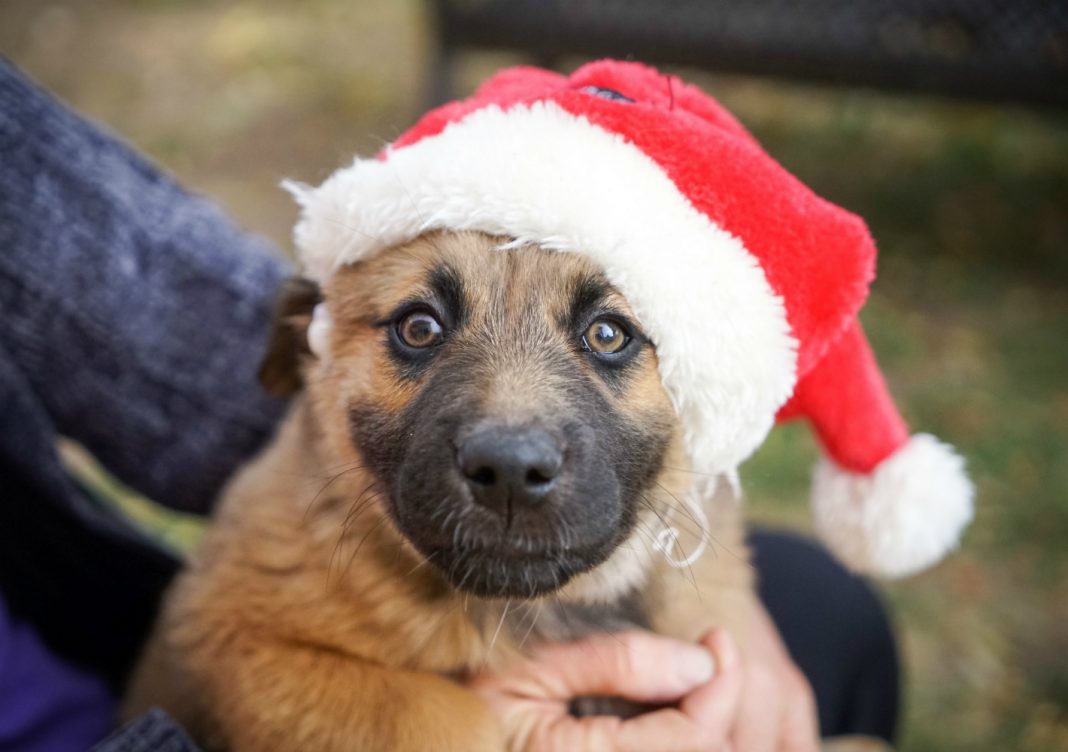 If you’re about to plunk down a wad of cash for a new best friend this holiday season, be careful: you might be barking up the wrong tree.

City Attorney Mike Feuer on Thursday warned Angelenos against what his office terms a “substantial” spike in puppy scams. In recent months, fake breeders have been promising playful pups to aspiring buyers. The problem: the animals don’t exist, so rather than find a canine companion under the Christmas tree, Angelenos may wind up with a figurative lump of coal.

“Imagine how disappointed a child might be when they have gotten the expectation that this puppy is on the way, only to have those hopes dashed when there is no pet at all, and their parents have been ripped off,” Feuer said during a short press conference where he was joined not only by Los Angeles Animal Services general manager Brenda Barnette, but also by adorable, adoptable eight-week-old dogs named Dancer, Dasher, and Comet.

Feuer, who spent part of the press conference cradling Comet in his arms, said that the scam begins online, with pictures of purportedly available puppies posted on Facebook, Craigslist, or other platforms. Once someone reaches out, the criminals get to work.

Communication is by email, text, or phone, and the process involves getting the victim to pay for the dog, but that’s just the start: to bolster legitimacy, Feuer said, the scammers create a fake website and provide a “tracking” number to follow the faux dog’s delivery. Then they inform the would-be owner that there is a problem, and demand money for delivery charges, cage fees and more.

Feuer said his office has tracked 4,500 puppy scam complaints nationwide, with 400 in California and 75 in Los Angeles (a repository of information is petscams.com). There have not been any local prosecutions, but he said people have lost hundreds or even thousands of dollars.

“Those cuddly pictures that people will see online might steal your heart, but the criminals behind these puppy scams are after one thing: they want to steal your money,” Feuer remarked.

The purpose of publicizing the scam is twofold: to prevent victims from being taken in, and to encourage people to skip buying a pet, and instead to adopt one from a local animal shelter. Barnette said six city shelters are full of dogs, cats, rabbits and other creatures. She added that city residents can adopt a dog for $122, which includes vaccinations, spaying or neutering, and micro-chipping.

“I don’t know anywhere in the world that you can get that much in one lovable little package for that small amount of money,” she said.

City Hall politicians have a history of animal activism. In 2012, in the effort to crack down on puppy mills and reduce euthanizing of animals, the City Council passed an ordinance that bans pet stores from selling dogs, cats and rabbits sourced from commercial breeders. In January 2018, Mayor Eric Garcetti announced that the city had reached its “no-kill” goal for dogs (which actually means that 90 percent of the canines and felines that enter the shelter system leave alive).

The activity isn’t limited to dogs—there has been cat legislation, too. In 2015, the council established a maximum of five furry felines in each household. That was an effort to prevent hoarding (though it actually boosted the limit from a previous three cats per home).

The council also has a history of elephant activism. In June 2012, then-councilman Tony Cardenas offered a resolution that the city declare August 3 “Elephant Awareness Day,” in recognition of the endangered status of the majestic pachyderm. During a discussion on the council floor, another then-councilman, Mitch Englander, read part of a poem about elephants.

Two years later, the council banned circuses that use bullhooks and other potentially painful tools that keep elephants and other large creatures in check. That was seen as a precursor to Ringling Brothers’ 2017 decision to shut down its traveling Greatest Show on Earth.

As for the dog scams, Feuer detailed a list of red flags for potential pet buyers, including a price that seems well below what the breed normally goes for, a seller who won’t let the person meet the dog before delivery, and an insistence on payment via money transfer such as Western Union or a pre-paid debit card.

“The damage of course is not only financial, it is also emotional,” Feuer stated.

While Feuer spoke, one of the puppies fell asleep. Fortunately, he let the sleeping dog lie.