Home L.A. History Pump You Up 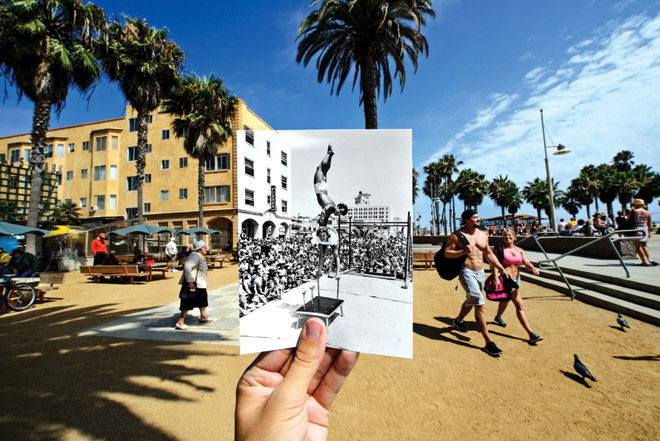 Once the WPA installed exercise equipment south of the Santa Monica Pier in the 1930s, fitness buffs started flocking to the new Muscle Beach. At its peak in the 1950s, nearly 2 million spectators, including icons Jack LaLanne and Joe Gold, visited annually. But the weekend crowds also meant that residents couldn’t find a parking spot for blocks, and many resented the “loose morals” of such scantily clad patrons as this young couple (inset) hamming it up in 1948. A decade later the city closed the park after several weight lifters were accused of sexual misconduct. A stripped-down version reopened in 1989 but never regained its cachet. The Pit in Venice is now the place to flex publicly.

Why Did Santa Monica Police Focus on Protesters Instead of Looters?