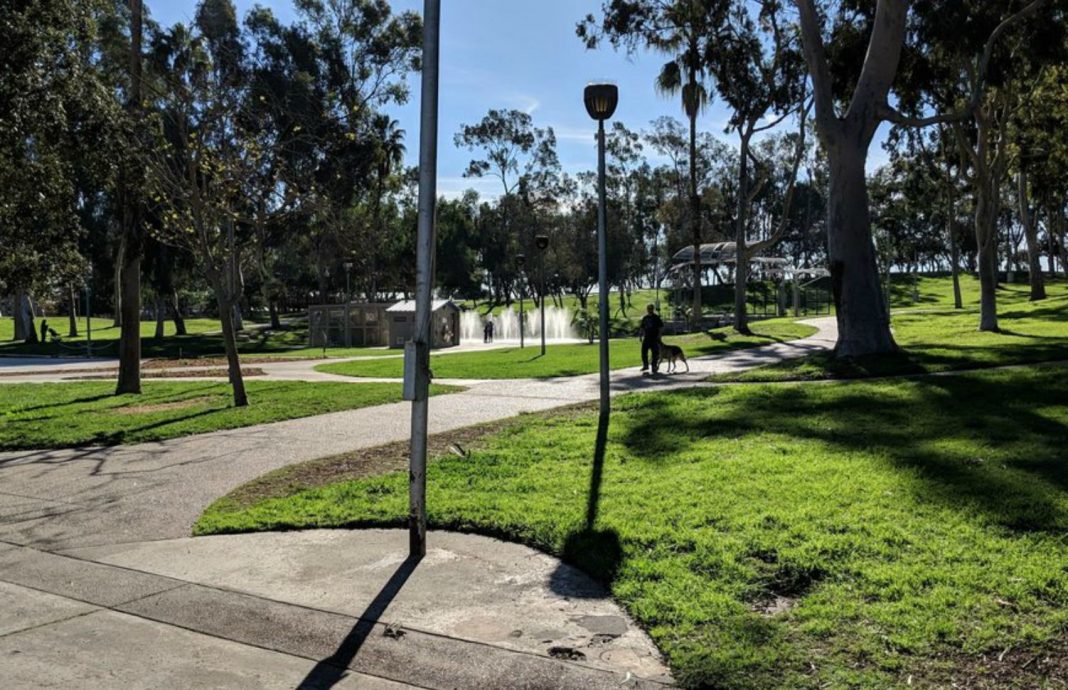 Hundreds of protesters flocked to Wilson Park in Torrance to workout together in solidarity with a woman who was verbally harassed on Wednesday in an incident that went viral on social media. In a video, a woman wearing a floral shirt, a colorful scarf, sunglasses, and a fisherman’s cap yells at another woman who is exercising on a set of stairs at the park.

The woman has been identified as 56-year-old Lena Hernandez by the Torrance Police Department, according to CBS.

Torrance Mayor Patrick Furey responded to the incident yesterday and said that police were investigating.

“Public safety is a high priority in the City of Torrance,” Furey said. “And, all visitors to our open spaces should always feel safe and free to exercise while practicing social distancing without conflict.

But another video uploaded yesterday seems to show Hernandez in the same outfit yelling racist things at a man in a parking lot. “I am not a racist person, but you know what, you need to go home,” the woman says. “You play games, we don’t play games.”

“What kind of game are you playing?” a man’s voice responds.

“I play games where you get fucked to death,” she says, before walking away with a smirk.

One Twitter user, Dr. Andy Galpin, posted that he is close with Hernandez’s family and claimed that she suffers from mental illness. “No excuse, just thought victims might want to know why.” Galpin did not respond to a request for comment.

Another Torrance resident, Kayceelyn Salminao, told KCBS that the same woman from the video assaulted her in October. Salminao tried intervening when she heard the woman yelling at a janitor at the Del Amo mall, but she says the woman responded violently.

“She comes out and physically shoves me to the ground,” Salminao said. According to Salminao, she filed a police report, but never heard back.

RELATED: Woman Photographed Pretending to Put Up Plywood in Santa Monica Has Reportedly Been Canned