Home Crime Prospecting For a New Sheriff With Steve Soboroff 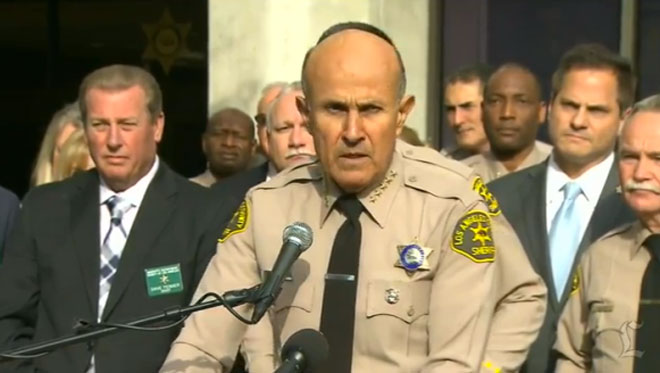 When we asked Lee Baca in September about his plans to seek a fifth term as Los Angeles County Sheriff, he told us that ensuring public safety remained his top priority—and motivation. “You have to make sure that [people] are being served the right way,” he said. “It’s very complicated, but it’s not difficult if your heart is in the right place and you care for them above all.”

Baca put those words into practice this week when he announced his plan to retire after more than 15 years as sheriff at the end of this month. In December, federal prosecutors announced charges against more than a dozen former and current sheriff’s officials for a myriad of crimes, including abuse of inmates and prison visitors and obstruction of justice. Baca was not among those charged, but he has been widely criticized for the problems within the department. At a press conference yesterday, he said that retiring now means going out on his own terms.

What does Baca’s stepping down mean for the city? We emailed Los Angeles Police Commission president Steve Soboroff to get his take. Here’s what he shared:

What do you think the change in leadership means, potentially, for Los Angeles?
It’s an opportunity to deal with the issues that have been raised about the department. Hopefully the sheriff’s department will gain some sort of civilian oversight and a checks and balances system (the Los Angeles Police Commission has an Inspector General, for example) to restore citizen confidence.

What do we need in a new sheriff?
A law enforcement leader who understands politics, deals openly with the media, and is a believer in community policing.

Are you supporting one of the declared candidates?
No. I think there will be some additional candidates announced shortly.