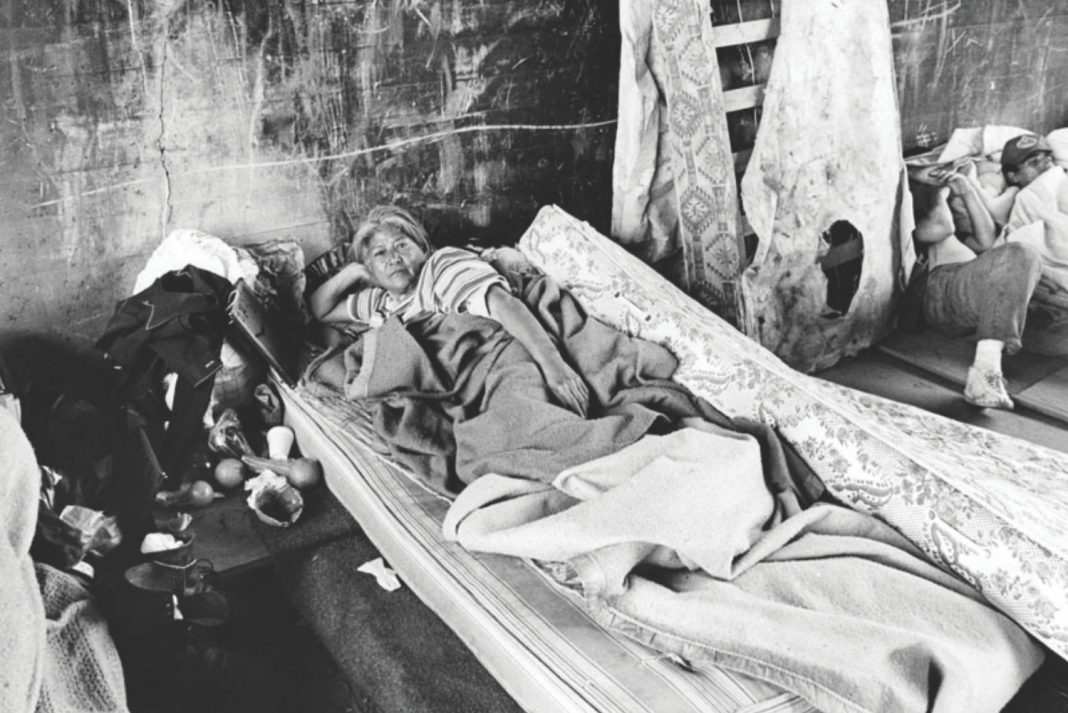 At a campaign party on election night 2016, Los Angeles city leaders celebrated voters’ overwhelming approval of an unprecedented plan to develop homeless and affordable housing for as many as 10,000 Angelenos.

Mayor Eric Garcetti and some members of the City Council had pushed for the $1.2 billion bond measure Proposition HHH. At the kickoff event for the campaign, City Council President Herb Wesson had enthused, “This might be the most important thing that all of us do in our lives.”

The plan was designed to drive construction of 1,000 housing units annually over the next 10 years. Gaining the public’s blessing was a tall order: State law requires a two-thirds supermajority to pass a tax increase like the one proposed to fund HHH. In 2006, a similar bond measure had dramatically fallen short.

A decade later, with the early returns showing HHH far ahead and victory assured, the revelry began. Housing activists, elected officials, building trade groups, policy wonks, social service providers, people anxious to relieve human suffering, and people anxious just to get rid of homeless tents saw the vote as a jolt to the system, maybe one large enough to reverse decades of neglect.

Ultimately more than 77 percent of voters in Los Angeles, a city that in 2016 had more than 21,000 people sleeping at night on its streets, voted to tax themselves to build supportive housing for the chronically homeless, affordable housing for extremely low-income tenants, and provide temporary shelter and services to the destitute.

Garcetti predicted the proposition—which added less than $10 to a homeowner’s tax bill for each $100,000 in assessed property value—would more than triple L.A.’s production of permanent supportive housing in the next two years.

Four months later, in March 2017, L.A. County voters approved Measure H, which raised the sales tax by one quarter of a cent, with the revenue earmarked to provide services for the homeless. With the crucial source of funding lined up to pay for supportive services and rental subsidies for future HHH units, the city got what it needed to begin addressing the crisis.

Today the ten-year goal to build 10,000 units of homeless housing is in serious jeopardy, beset by delays, losses in federal tax credit funding, and skyrocketing construction costs. Not a single HHH unit was completed by the end of 2018.

On January 16, two years and two months since the measure was approved, the Homelessness and Poverty Committee convened a sparsely attended meeting in council chambers at City Hall.

Pete White of L.A. Community Action Network, one of a handful of people who stood up to speak during public comment, referred obliquely to the FBI corruption probe of city officials including Councilmen José Huizar and Curren Price, who was there when White used the phrase “the stench of corruption clouding the corridors of City Hall.” L.A. CAN has demanded an aggressive audit of HHH funds.

City officials from the housing department and the office of the city administrative officer delivered a report at that meeting to the committee on ways to cut costs and expedite the progress of Prop HHH.

The city has committed $311,672,673 of the $1.2 billion voter-approved bond money to 33 development projects to build a total of 2,133 units of affordable housing, including 1,643 with supportive services for the chronically homeless. It has broken ground on eight projects and approved construction loans for five more, which are slated to launch within a month.

But even if all goes according to plan, no more than 239 of the affordable units are expected to be completed by the end of this year, including 164 for permanent supportive housing. The city has been criticized for including in its count the largest of these projects, a 122-unit complex near the Vermont/Beverly Red Line stop in East Hollywood that is scheduled for completion in mid-December. The complex, known as PATH Metro Villas, was already financed with loans from a separate fund managed by the housing department—the city just kicked in some HHH funds with the goal of fast-tracking the development.

There are plenty of other reasons for delays: activist NIMBYs, unresponsive city agencies (hello, L.A. Department of Water and Power), and obstinate council members.

In the meantime, as construction drags on, costs continue to rise and key sources of financial support diminish. Edwin Gipson, director of finance and development for the city’s Housing and Community Investment Department, estimates that the federal tax credits on which overall financing for HHH projects depends lost about 25 percent of their value since the 2018 federal tax reform law went into effect. Housing experts say the continued existence of Section-8 housing choice vouchers, on which supportive housing developers depend, is uncertain.

The city has issued conditional approval for an additional 22 projects to receive HHH funding, which means they are “in the pipeline”; that is, in the process of applying for the time-consuming and complicated bundle of federal tax credit financing, county and state grants, and private money necessary before the city will cut them a check from the HHH bond fund.

Construction costs in Los Angeles have soared 20 percent since HHH passed, faster than any other major city in the United States

A Los Angeles magazine analysis found that the first 25 projects funded by HHH have been delayed by an average of 203 days past their estimated start date: the shortest holdup was 28 days; the longest, 424.

“People are frustrated, impatient, and pissed off, and I’m one of them,” said Councilman Mike Bonin, whose 11th District stretches from Westchester and Los Angeles International Airport to Pacific Palisades and Brentwood to the north.

Gary Blasi, an emeritus professor of law at UCLA who has studied homelessness, compared the rate at which the city is developing housing for the ranks of homeless to an elephant chasing a gazelle. “This is ordinary government, but it’s an extraordinary problem,” he said. “You’d think because this initiative is coming from the mayor and council offices that things would move faster. People were led to believe this was going to make a difference.”

It takes time to identify a site, get financing, obtain the necessary approvals, and build what it is you’re going to build, says Yasmin Tong, a consultant who has worked with developers on several HHH projects. “Each one of those things takes about a year.”

But the meter continues to run for developers. Construction costs in Los Angeles have soared 20 percent since HHH passed, faster than any other major city in the United States, according to a report by the consultancy firm Rider Levett Bucknall. The average total cost for a unit of homeless housing in the HHH program — first projected at $350,000 — was more than $502,000 by the latest count, an increase of 43.4 percent. The average total expenditure of HHH funds has risen more than 24 percent, from about $136,324 in 2017 to $169,499 last year.

City Controller Ron Galperin, L.A.’s top accountant, is preparing an audit of Prop HHH funds that investigate what he described as the disappointing pace of allotted spending. An audit is required by law if the funds remain unspent at the end of a fiscal year. The findings could be released by the end of the year.

As expenses continue to mount, the city is looking to make up the shortfall with new sources of money like a city fee on developments and the No Place Like Home program, which the state Legislature took out of mental health programs. Opponents of the plan include the Prop HHH Citizens Oversight Committee, whose members caution against throwing good money after bad.

Miguel Santana, chair of that committee, has pushed Garcetti and City Council members to adopt a pilot program designed to get a handle on costs and delays. Santana, who from 2009 to 2016 was L.A.’s city administrative officer, the top budget analyst reporting directly to the mayor, said the pilot program is a new approach to building housing that’s cheaper and faster, and he pledges that it will build 1,000 units in 24 months for $120 million. The HHH committee has solicited testimony from builders and architects who favor exploring more innovative approaches like shared housing for the homeless and the installation of prefabricated homes.

Santana, regarded as a voice of fiscal reason during his years at City Hall, favors a strategy that forgoes nonprofit funding streams, limits public financing of affordable housing solely to the HHH fund, and aims to attract private investment to make up the rest.

“The way L.A. was built was by the private sector,” Santana said. “The suburbs and the downtown development—everything was driven by private-sector investment and know-how. We want to open up how we do it to involve and invite the private sector to compete, and make this happen cheaper and faster.”

At the rate the city is spending HHH money—and it has already committed about half of the $1.2 billion bond fund—officials project the total amount of units built could be fewer than 6,000. The population now living on the streets and in the shelters of the city is greater than 31,000, according to the Los Angeles Times. Homelessness declined 3 percent in the city last year.

On January 16 the Homelessness and Poverty Committee unanimously approved and forwarded to a full vote of the council the pilot program that Santana coauthored. The city council has since approved the measure by unanimous vote, authorizing $120 million of Prop HHH money for the program.

I spoke to Councilman Marqueece Harris-Dawson after the vote and asked him if HHH’s goal of 10,000 units in 10 years that was touted in the run-up to the 2016 vote is still realistic. “I think it’s still realistic,” he said, “but obviously we have to change course really, really quickly.”

RELATED: Here’s How Shipping Containers Get Turned Into Housing for the Homeless