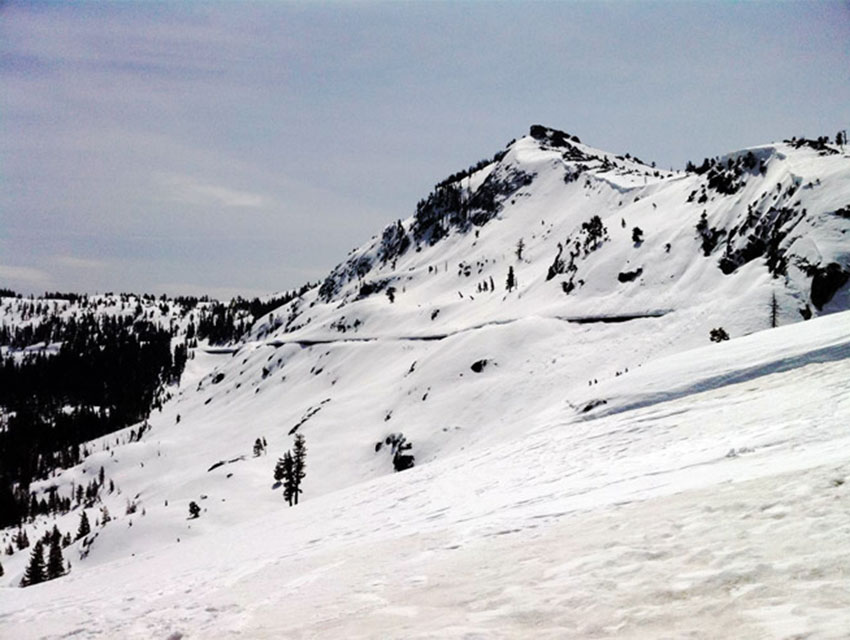 Tom Painter and several other scientists are standing on top of Pothole Dome, a mound of granite about the size of the Pacific Design Center overlooking Tuolumne Meadows in Yosemite National Park. Painter’s team, which includes a mechanical engineer, two postdoc students, and six other hydrologists, has come here on this warm August day to measure the area’s topography. Using lidar (basically radar that relies on light instead of sound waves), the group will create two maps—one from the ground, using a $200,000 machine made in Austria, the other from the air, using another lidar machine pulsing 55,000 times per second from a plane flying 20,000 feet above sea level. They will combine the pair to make the most accurate survey technically possible, then do the whole thing again in the spring, when the area is (usually) covered with snow. After they subtract the distance of the surface in the snow map from the surface in the bare-ground map, and combine it with data measuring the snow’s water content, they will know how much water reaches the basin.

Snow measurement in California has historically consisted of people wearing snowshoes and carrying a long stick. The Airborne Snow Observatory is part of a suite of new tools and studies that Painter, a hydrologist at NASA’s Jet Propulsion Laboratory in La Cañada Flintridge, is deploying to get a more precise read on snow and figure out when and where it will melt in a warming West. Snow and snowmelt are critical natural storage and delivery mechanisms Southern California has utilized since way before the region was called that: Cold air keeps winter precipitation from being lost to mountain dirt; when spring comes, the snow melts and water flows into rivers and channels, including the L.A. Aqueduct.

Computerized climate models are in rough agreement that local precipitation won’t change much by midcentury, while the Southern Sierra will receive more precipitation—the number one greenhouse gas, after all, is water vapor. But because more of that water is falling as rain, it seeps into some far-off mountain town’s aquifer before we can douse our hydrangeas with it. And peak snowmelt in the Sierra Nevadas—the source of about one-third to one-half of DWP H2O—is already occurring five days earlier than it did 80 years ago, meaning too much will wash out to sea before the October rains. Phil Isenberg, the chairman of California’s Delta Stewardship Council, sums up the situation this way: “The water infrastructure in the West was built for a climate that doesn’t exist anymore.”

Painter’s strategy will help track the relationship between not only water supply and climate, but other factors affecting snowmelt, such as soot and dust, which darken snow and cause it to absorb more of the sun’s heat. Stirred up by everything from construction to fracking to cattle, dust is up to seven times more prevalent in the atmosphere than when pioneers arrived out West. With the Airborne Snow Observatory, water agencies can better gauge whether they’ll have enough water in September to open floodgates in May, industry can learn how much it will pay for electricity in October and hedge accordingly, and farmers can decide if there’ll be enough water left in September to plant that second crop of cantaloupes.