Home Business How L.A.’s Pot Czar Is Bringing Order to the Wild West of... 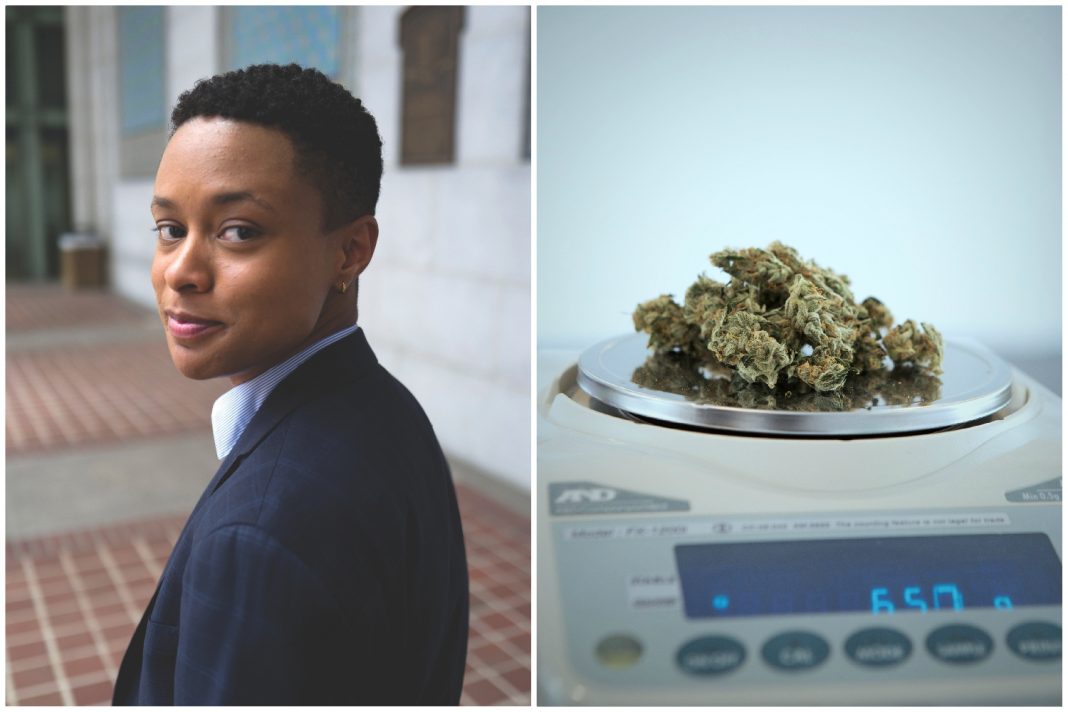 Ask pretty much anyone in L.A.’s cannabis industry how the process of turning the former black market green is going, and they’ll admit it’s chaos. Applications for temporary licenses to sell marijuana run $9,000 to $12,000, and the city bureaucracy is painfully slow-moving. A little over two years into legalization, L.A. has issued only 179 temporary licenses to grandfathered-in medical cannabis retailers. The city expects to begin its third phase of licensing for newcomers this spring, though an exact time line is still TBD. As a result, the illicit market is flourishing, and the LAPD has started to crack down on an estimated 2,000 illegal weed shops. By the end of last year, legal weed in California had brought in $471 million in tax revenue—far less than Gov. Jerry Brown’s $630 million prediction.

All of this is to say, the arrival of legal weed to the country’s largest cannabis market has been nothing short of disappointing. But you’d be hard-pressed to find someone who’s disappointed with Cat Packer, the executive director of the city’s Department of Cannabis Regulation. On paper, Packer is the kind of person millennial liberals are delighted to see represented in government: At 27 she’s younger than Alexandria Ocasio-Cortez, and her identity as a queer black woman seems like it could immunize the industry against complaints of privileged white guys calling all the shots. But in person, Packer isn’t a joint-smoking, fist-pumping progressive. She looks neither hippie-dippie nor particularly “L.A.” She’s thoughtful and hyperfocused. When she speaks, people are “stakeholders” or “folks”; projects are “initiatives.”

Perhaps that’s because Packer has become the gatekeeper of the city’s green rush as she attempts to transform her ideals into real-life policy. Some say her methodical approach is responsible for the bottleneck in modulating the mad dash to cash in on weed—but somehow that isn’t a criticism. “When you want to do something right, you take a long time to do it,” says Chris Hoo, an attorney at Evergreen Law in West Hollywood. “I wouldn’t want her job.”

People compare Packer’s responsibilities to building an airplane while flying it. When she first started, Packer worked alone. This year, she and her 17-member team have been tasked with creating the rubric for granting licenses while simultaneously vetting hundreds of applications. Potential business owners are required to submit hyperdetailed operational plans that include sections on how they will maintain a diverse staff and where surveillance cameras will be located on retail premises. In addition, applicants must submit to a series of prelicense inspections by representatives from the DCR, the Department of Building and Safety, the LAPD, the Fire Department, and the Department of Health. Getting all those departments on the same page has proved next to impossible.

But the city has confidence that Packer can do the job—she was confirmed unanimously by the City Council for her position at the DCR after being selected by Mayor Eric Garcetti. Though she had never met him, he knew her from her work as an organizer with the nonprofit Drug Policy Alliance, where Packer says she was known as the type of person who would show up uninvited to industry meetings and demand a moment of silence for victims of the drug war.

“I saw myself as someone who would get things done outside of systems,” Packer says. Now she has effectively put her personal life—which includes her dog, Rick James, and partner, Aimee Ewell—on hold to see what she can do from the inside.

Packer is passionately committed to increasing diversity in the industry.

That’s because Packer is passionately committed to increasing diversity in the industry. She grew up in Virginia with her mother, a military veteran. At 16, Packer went to live with her father in Ohio. “That’s when my circumstances changed,” Packer says, recalling a particular instance at her new school in which she was laughed at by a teacher when she inquired about summer reading. Bored by the curriculum, Packer, then a high school senior, enrolled in Ohio State University. She stayed on for law school, which is where her ideas about inequality and cannabis policy clicked into place.

“In law school I’d hear things that weren’t politically correct or language that was discriminatory, and I’d think to myself, ‘These are the people who are going to be judges and attorneys and making laws,’ ” she says. “I recognized I had a role to play in this process.” When privileged classmates blithely used the same drug that minorities were being jailed for using, that didn’t sit right with her.

Now her baby is the city’s social equity program, which will prioritize issuing licenses to those with prior cannabis convictions as well as residents from zip codes that have been disproportionately affected by drug policing. Packer believes the policy will provide a boost to neighborhoods crippled by the war on drugs, although results aren’t guaranteed. Similar initiatives have failed in cities like Oakland, where disputes between social equity applicants and general applicants have left many of the roughly 600 social equity business owners unable to operate as their annual permits expire.

Only time will tell if Packer’s policy succeeds where Oakland’s failed. If nothing else, her efforts will keep inequality in the conversation despite the systemic issues that fuel it. (Historically oppressed groups don’t have easy access to startup capital, for instance, and getting a bank loan to peddle a federally illegal substance is tricky.) But she remains hopeful that she can make a difference.

“A new generation of leadership is taking a critical look at policies that slipped through our parents’ hands,” she says. “I believe there’s a way to use cannabis policy to build communities because past policies have destroyed them. At least, that’s what I tell myself on days it gets hard.”