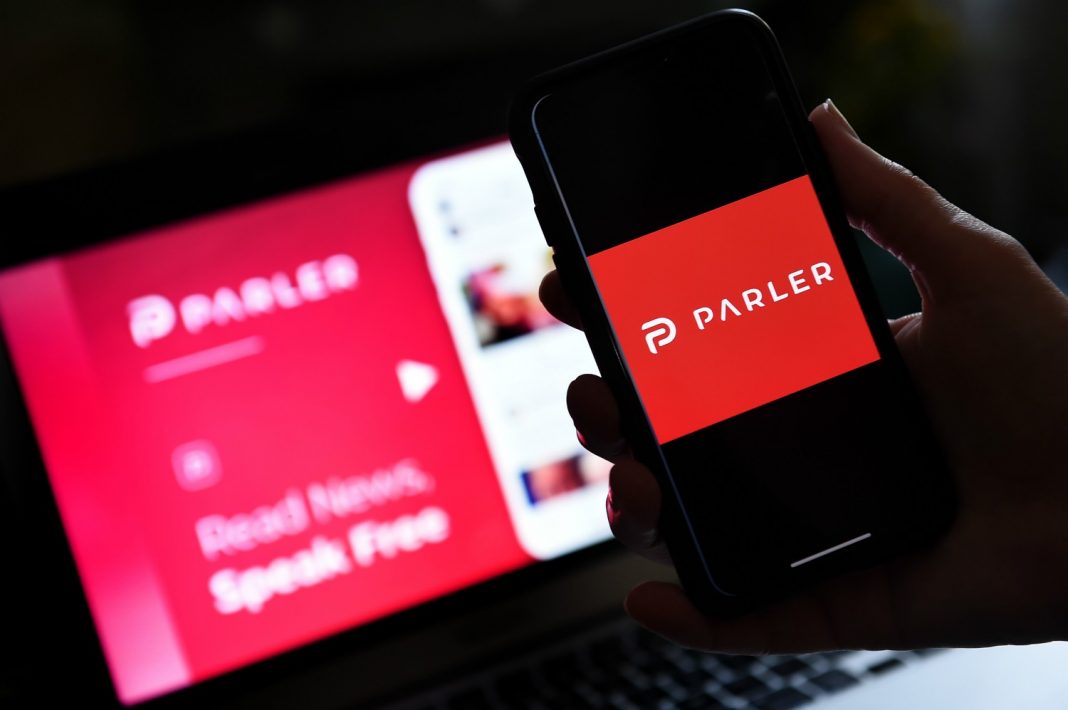 Conservative social media network Parler prides itself on being a bastion of free speech where QAnon pedophile conspiracies, rigged election fever dreams, and other Trump-bait is not censored like it is on Twitter, Facebook, and Youtube. But lately those lax policies have turned the site into a clearing house for hardcore sex pics and escort advertisements aimed at the MAGA crowd.

The popular #girlswithguns tag, for instance, brings up a post featuring a nude woman with a pistol over her privates with the message “Naked and real,” while another user employing that hashtag invited people to slide into her DMs if they are “interested in seeing a young, hot, conservative girl.”

Like Twitter—and unlike Facebook, YouTube, and Instagram—Parler has no hard rules against images of sex between consenting adults. Earlier this year, Parler said users should not “use language/visuals that describe or show sexual organs or activity” and chief executive John Matze told NPR that the app took “a hard line against pornography and nudity.”

But those restrictions have slackened surrounding the election, as the more mainstream social apps began cracking down on misleading posts and obvious lies with a vengeance. The latest iteration of Parler’s policy reads, “Sometimes the law requires us to exclude content from our platform, once it is reported to our Community Jury. Obvious examples: content posted by or on behalf of terrorist organizations, child pornography, and copyright violations.”

The permissive new attitude toward adult content coincides with a sudden surge in Parler’s popularity. It was recently the number one pick on Apple’s app store while generating more than 4 million downloads in the first two weeks of November, and Parler execs claim the site now has 10 million accounts.

Experts say this approach could make Parler vulnerable to an ever-increasing cache of smut. While more established social outposts use systems that can automatically detect and eliminate such content before a user or moderator ever sees it, Parler relies on a volunteer “community jury” to decide the fate of a post—only after a certain number of users have complained about it.

As the official Parler jury page explains, “No user shall be stripped of his parleys [Parler’s version of tweets] or comments, nor shall he be suspended, banned, or deprived of his standing in any other way, except by the conscientious judgment of his equals.”

“It’s becoming a Wild West for right-wing customers,” Marc Ginsberg, president of Coalition for a Safer Web, told the Post.

“When you say, ‘We don’t moderate content,’ you are inviting this content,” warns U.C. Berkeley computer science professor Hany Farid. “My prediction is they will be overrun with this stuff.”

Not that the site’s red-blooded users have any problem with naughty content. According to totals listed on some of the dirtier Parler posts, the triple-X materials have been viewed tens of thousands of times.