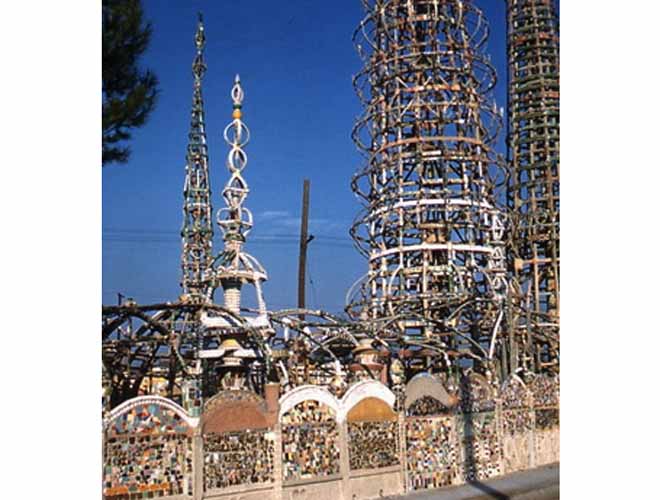 This week, Richard and Kim keep listeners up to date on the most recent events in city planning, including the demolition of a Gershwin home despite the new preservation ordinance in Beverly Hills as well the aesthetic wall that the plans for Grand Avenue must get over.

In this exclusive clip, they focus on the future of the folk art environment of the Watts Towers in South Los Angeles. The structures were formed by Simon Rodia over the span of 33 years and were made from concrete and abandoned items like bottles, cans, and sea shells. Tile expert Brian Kaiser discusses the details and historical significance of the ceramic squares Rodia used to plaster the facade of the house in Watts Towers, even sharing how visitors can spot the most expensive ones. Kaiser speculates how Rodia, a construction worker, could afford such luxurious pottery.

Watts Towers now belong to LACMA, which is researching various methods of reparation and preservation that will keep the structures standing for years to come.