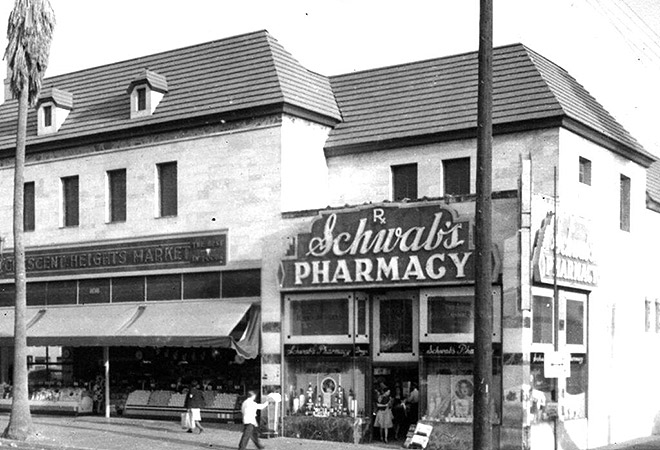 This week, Kim and Richard sit down with Ed Nordskog, an authority on bomb and arson investigation and senior arson investigator for the Los Angeles County Sheriff’s Department, about his new book, Fire Raisers, Freaks and Fiends: Obsessive Arsonists in the California Foothills. Nordskog points out that a slew of serial killers—the Son of Sam, Ted Bundy, Charles Manson, Jeffrey Dahmer—were also serial arsonists in their youth, a detail that is oft overlooked. They also hear from another of our CityThink bloggers, Nathan Masters, about his visit to the brand new Ace Hotel.

In this exclusive clip, Richard and Kim chat up Marc Chevalier, the Los Angeles Venture Association’s 2014 Visionary of the Year, about Hollywood’s long lost Schwab’s Pharmacy. “If it was lunchtime you could stop by there and have one of the best countermeals that were available in the city,” he says, “offered to you not by a cook, but by a chef.”