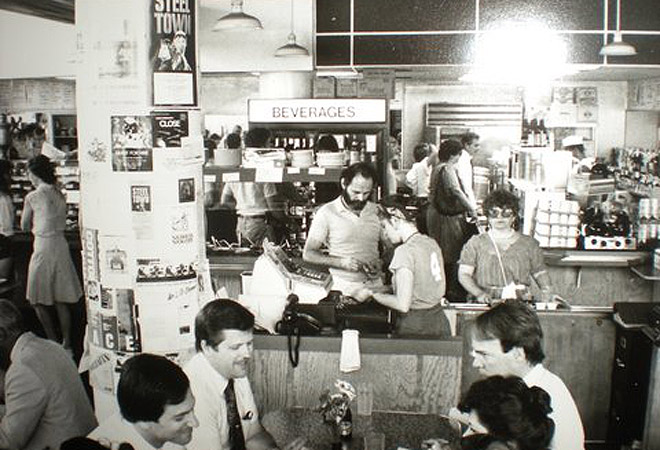 This week, Richard and Kim address the rumor that curator Ann Goldstein may be returning to MoCA, an in-the-works plan to save the Rialto Theatre from becoming another Urban Outfitters, and a Task Force from Congressional District 14 that is looking to revamp Pershing Square.

In this exclusive clip, they sit down with Michael Holland, L.A.’s acting City Archivist, who reveals one of the archives’ most coveted treasures. They also speak with restaurateur Judith Markoff Hansen, who opened DTLA’s famed Gorky’s (above) in 1981. The restaurant closed in 1993, though its history lives on.

Pile In: The José Huizar Corruption Scandal Is Going to Be a Bus Tour

Enjoy the Most Eccentric Tour of the City