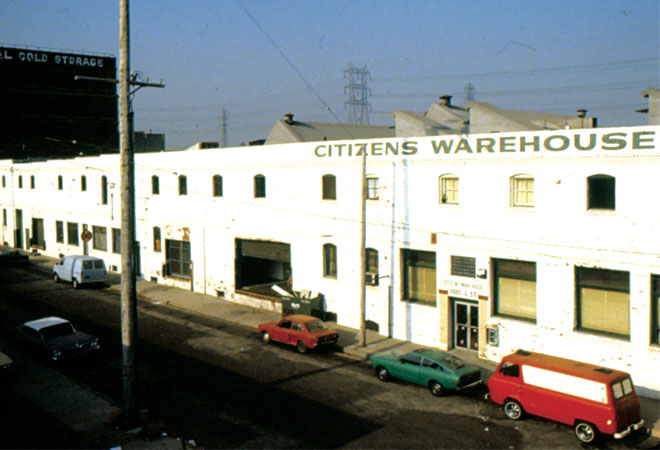 The historic Pickle Works Building (shown here in 1980) served as one of the first artists' lofts in the Downtown Art District. Now, the city is trying to decide if the building is a safety hazard. Photograph courtesy Richard Schave.

This week, Richard and Kim talk with Philip Estes, Regional Planner for the County of Los Angeles, about his efforts to preserve historic creative spaces. They also sit down with community advocate and gallery director Jonathan Jerald and former CRA/LA urban planner Donald Spivack to discuss the origins of downtown L.A.’s Arts District, the challenges that arise when non-artists move in, and the intrapersonal ties that bind keeping the place together.

In this exclusive clip, Estes gives a preview of plans for opening a center for the arts as well as affordable artist housing in hopes of “fertilizing” the spirit of the Arts District. Spivack and Jerald elaborate on the “urban gritty” atmosphere that the Arts District’s current population is seeking to preserve.