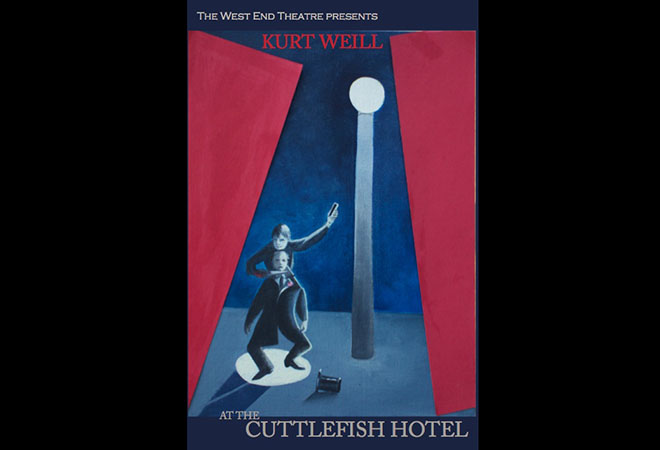 This week, This week, Richard and Kim revisit the Garden of Allah Hotel with author Martin Turnbull, who has written two historical novels based on the place and is planning seven more. They also talk with Paul Sand, who is forming a theater on the West end of the Santa Monica pier, which will appropriately be called The West End Theatre.

In this exclusive clip, Sand reveals the thought process that led to his new show, Kurt Weill at the Cuttlefish. Playing this month, the cabaret showcases songs from The Threepenny Opera, focusing on betrayal, murder, and revenge.  According to the show’s indigogo page, the theater will be covered in a giant squid with lit up tentacles.

Tickets can be found here.

This Choreographer Is Giving Classical Dance a Modern Makeover