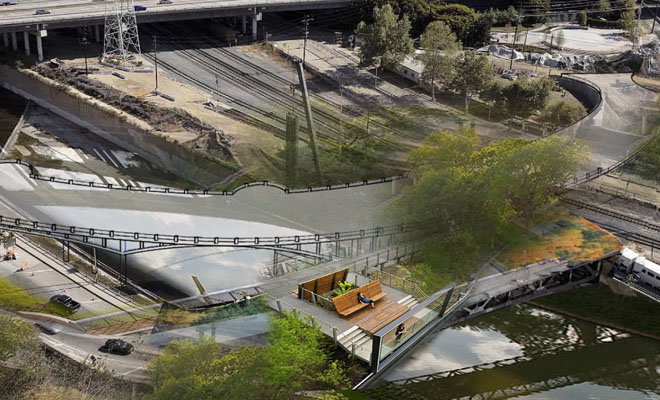 This week, Richard and Kim speak to Kevin Mulcahy of RAC Design Build Studios about the future of the Riverside-Figueroa Bridge, which connects Cypress Park and Elysian Valley. The historic L-shaped structure dates back to the late 1920s, but faces destruction as a new replacement bridge is being built right next to it.

In this exclusive clip, Mulcahy discusses his “daring proposal” to repurpose the steel structure into an elevated outdoor pedestrian park. Though plans for the old bridge are not finalized, all demolition has been put on hold. After checking with the environmental reviews from the Bureau of Engineers, Mulcahy claims that he found no “fantastic reason” that the idea of saving the steel structure should not work.