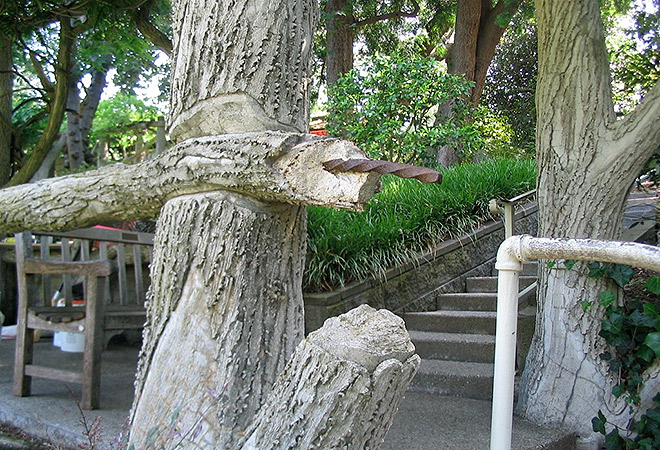 This week, Kim and Richard catch up with Marc Chevalier, official historian of the Oviatt building, who recounts the hoops he once had to jump through to find out basic information about the building he’s now so familiar with. “When you see an old photograph of a beautiful building that held a very important Hollywood landmark, you first turn to the great Hollywood historians,” he says. “That’s what I did. I asked them if they knew anything about this building and their reply was, ‘No, except that it housed Schwab’s [Pharmacy], we really don’t know a thing.’ Well, I love that kind of challenge.”

In this exclusive clip, the duo also chat with Terence Eagen, who lets them in on the nearly lost art form of Huntington Gardens’s “faux bois” (artificial wood) arbors. “I got curious, I had to know, why French? Here’s what I learned: reinforced concrete was invented in France,” he says, “and our oldest reinfornced concrete bridge is made to look like rustic logs and timbers as it crosses a  moat to a stone castle.” Listen on to find out more…

The Most Iconic Recipes from Classic L.A. Restaurants Revealed