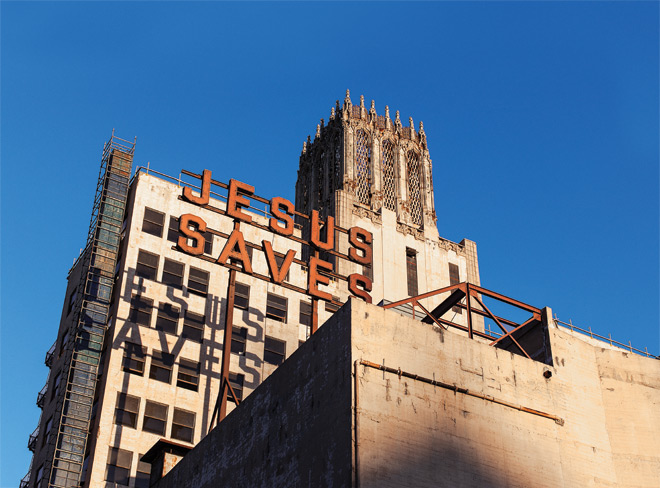 This week, the pair delve into the surprising history of Biola University, DTLA’s first Christian college. Interestingly, the institution was influenced heavily by Danny Rose of the Rose Exterminator Company and the Church of the Open Door, which had a large Hebrew congregation. Rose’s money funded the fabrication of two “Jesus Saves” signs, one of which still sits atop what is now the Ace Hotel.

In this exclusive clip, the two also chat with Tim Dundon, aka Zeke The Sheik, aka the Guru of Doo Doo. You’ll have to listen on to learn more…