Home Uncategorized Podcast Preview: How An L.A. Nun Took on the K.K.K. 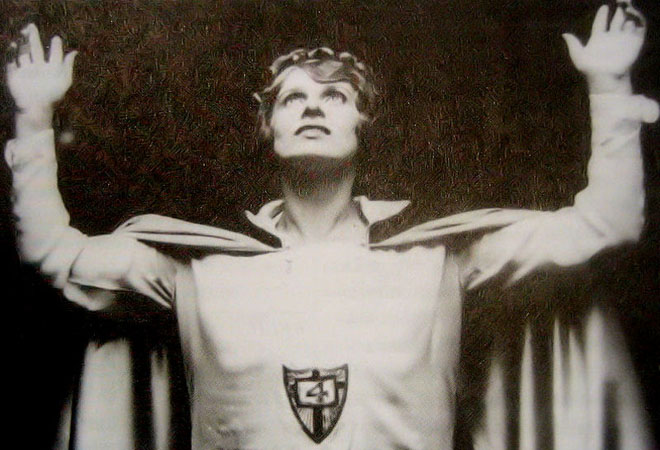 This week,  Richard and Kim chat with Senior City Planner Tom Rothmann, who was charged with lifting Los Angeles out of the past and creating a pedestrian friendly, 21st century city. They also discuss the potential creation of a southeast L.A. “super city” (conceived by Bell City Manager Robert Rizzo).

In this exclusive clip, Jackie Miller, historian at the Parsonage of Sister Aimee Semple McPherson, recalls a time when 200 members of the K.K.K. showed up at Angelus Temple clothed in their white robes. Her aim was to preach the gospel without offending anyone, and according to Miller, all 200 clansmen left in the middle of the service, disrobed, and reentered the church in the suits they donned underneath. “They just felt a little convicted,” Miller said.