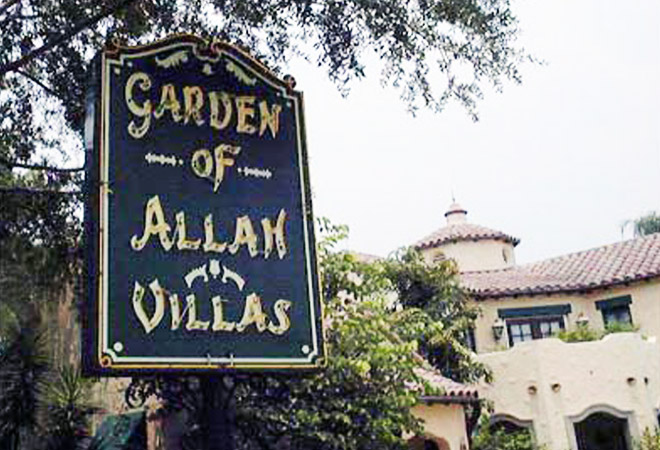 This week, Kim and Richard sit down with novelist Martin Turnbull and the Dorothy Parker Society’s Adrienne Crew to get a history lesson about The Garden of Allah, a group of West Hollywood villas built by silent screen star Alla Nazimova in the 1920’s.

In this exclusive clip, Turnbull describes The Garden of Allah’s beginnings: after her film career ended, Nazimova could barely afford to keep the property, but was saved by the bi-coastal migration of New York writers, like Dorothy Parker and Robert Benchley. Crew shares anecdotes about Benchley and Parker “holding court” by the pool during cocktail hour, Benchley often not wearing pants. The two experts also discuss Parker’s involvement with civil rights, the demise of The Garden of Allah, and the hotel’s “legendary Hollywood” closing party in 1959.