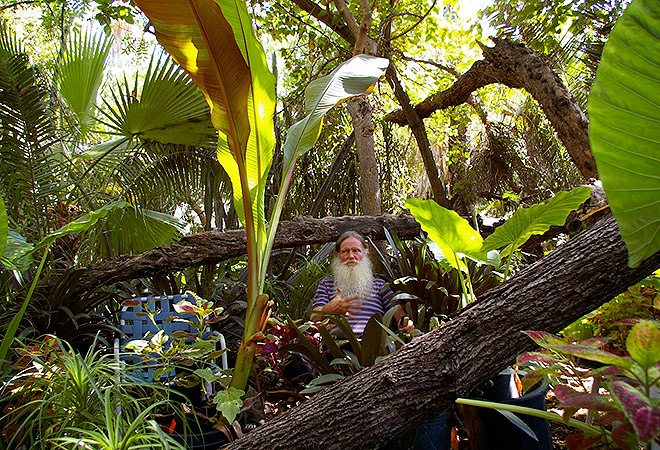 This week, Kim and Richard catch up with historian Don Lattin, who shares some insight into the lives of the “British Mystical Expatriats of Southern California,” otherwise known as Aldous Huxley, Gerald Heard, and Christopher Isherwood. They’ll also discuss the potentiality of South L.A.’s alleys becoming green spaces as well as one boy’s boycott of an Autry Museum field trip.

But what, you ask, will you hear in this exclusive clip? Prepare to meet Tim Dundon, whom you may have heard referred to by his self-imposed nickname, Zeke The Sheik. Dundon, an Altadena resident who also goes by the “Guru of Doo-Doo,” talks to Richard and Kim about cosmic gardening and resurrecting plantlife.

A New York Artist Mapped the Best Places to Read a Book in L.A.